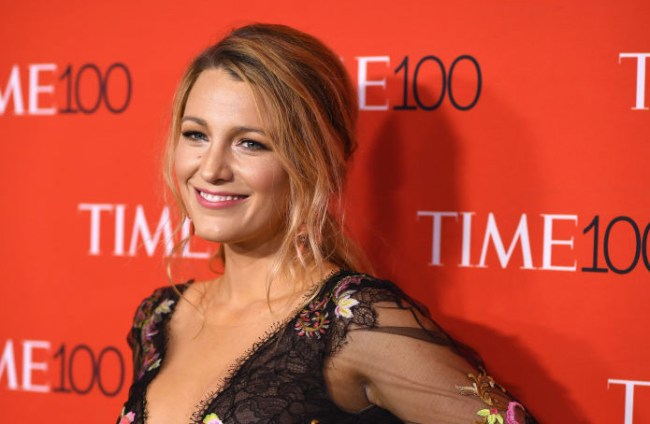 Jessie James Decker may be one of the coolest sports wives out there, and she is, but when you expand it to include all celebrities don’t sleep on Blake Lively.

Anyone who can go toe-to-toe with Ryan Reynolds when it comes to trolling is someone I would love to hang out with any day of the week. This is obviously a woman with a tremendous sense of humor.

So when she sat down for an interview with Vanity Fair to discuss her upcoming movie, All I See Is You, it comes as little surprise that she said something really funny.

In the movie, she plays a blind woman who regains her sight after a surgical procedure leading to a cascade of new emotions and changes in her life.

Lively calls it the “performance that I’m most proud of,” but she almost didn’t take the role because it required some nudity – something Lively has always rejected in the past.

That was so outside her wheelhouse that Lively almost never saw the script in the first place; her team assumed she would not be interested in a role that required nudity, and Forster was unwilling to remove it. “I thought well, he’s not unmoving. Let me read it and if it’s great, then I’ll [talk] him out of it.”

So Lively read the script, and instantly fell in love — nude scene and all. The way Forster had written it actually changed the way Lively viewed on-screen nudity: “I always find nudity distracting,” she says. “I’m very in love with my husband, but if there’s a pair of boobs out, I’m a human being! You’re like ‘boobs!’ It doesn’t mean I’m lusting for them, [but] when there’s naked boobies, you look at them.”

I have no idea what she is talking about. Do any of you guys?

It does make me wonder what her husband Ryan Reynolds will think and, more importantly, say about the nude scene when it hits the big screen.

Not that he has much room to complain, especially after the way she described his sex scene in Deadpool to Jimmy Fallon awhile back.

Payback, she is a bitch, isn’t she?

Check out the rest of the interview over at Vanity Fair.