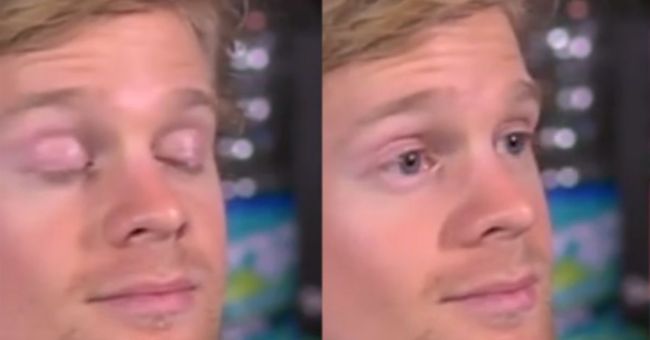 In an era where Internet personalities are cashing in on NFTs video producer Drew Scanlon is using his meme status for a good cause.

Back in 2019, Scanlon’s face was plastered all over the Internet when a reaction gif of him blinking during a live stream went extremely viral.

On Wednesday, Scanlon went viral again when he used his meme to ask people to donate to a charity that helps people with Multiple Sclerosis.

Hi Internet! I'm Drew and THIS IS MY FACE.

If this GIF has ever brought you joy in the past, I humbly ask you to consider making a donation to the National MS Society. It would mean a lot to me and to those I know affected by the disease!

According to Scanlon, he knows two people personally affected by MS which led to him wanting to use his small celebrity status to help raise awareness for the National MS Society organization.

I’m not usually one to toot my own meme horn but in this case I’ll make an exception. You see, two close friends of mine and members of their families suffer from MS, a debilitating disease of the central nervous system that interrupts communication between the brain and the body. Millions of people suffer from MS and there is no known cure.

This is where you come in.

Since 2016, I’ve participated in Bike MS, a fundraising ride of over 120 MILES from San Francisco to wine country. Donations help fund multiple sclerosis research as well as programs and services that ensure people affected by MS can live their best lives.

People on the Internet immediately started donating in droves thanks to Scanlon.

Less than 24 hours after his tweet, Scanlon has raised $40k for the MS Society.

Somebody call the Space Marines, because we just reached 40K!! A huge, hulking thanks to everyone who has donated so far! https://t.co/mk6YHO4V3K