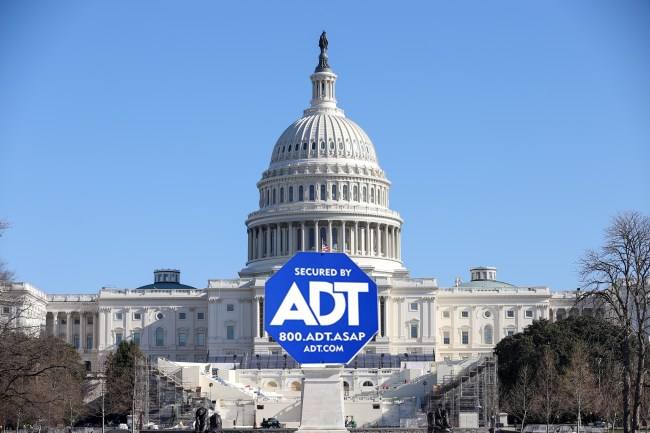 It’s not a partisan statement to say that the Capitol had less protection against the rush Wednesday than Andy Dalton.

Goateed men with winter sunburns weaved through a submissive collection of Paul Blartt’s and into the offices and chambers of the Capitol in what is being dubbed the most severe assault on the Capitol since the British sacked the building in 1814.

We are now left scratching our heads as to how the most coveted symbol of American democracy was infiltrated with the ease of movie jocks who just found out the loser’s parents were out of town.

We are left with the embarrassing reality that Blockbuster Video—amongst others—has stricter security protocols than the White House. Let’s list them and let the shame wash over us. 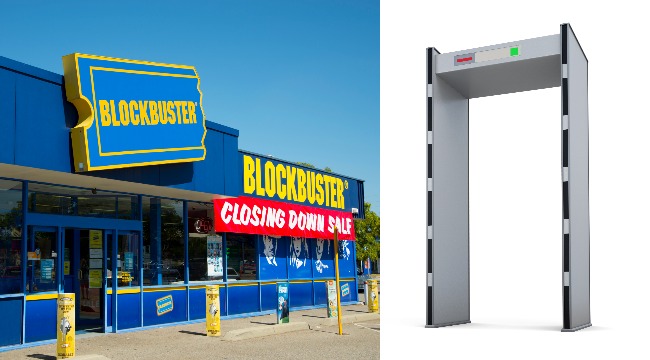 Blockbuster Video Executive, 1985: How are we going to prohibit the looting of our VHS’s people?

Barbara: Maybe we install one high-resolution, consumer-facing camera in each locat—

Executive: Thanks for the input, toots. Anyone else?

Barbara: But guys the data shows that the imminent shift from VHS to digital and a security measure of this magnitude would bankrupt us by 2010 and— 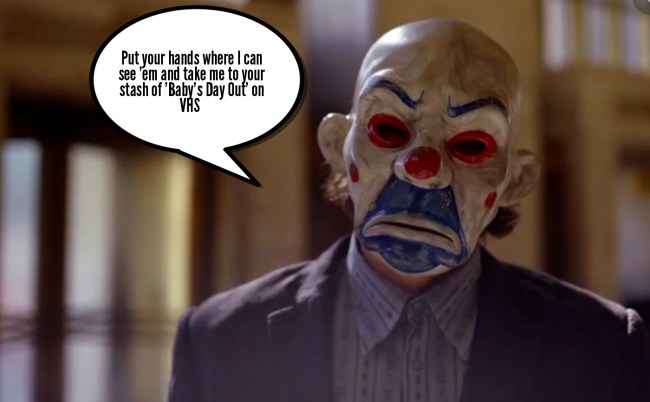 That said, at 13 years old, any VHS denoting ‘N for Nudity’ was worth dying for. 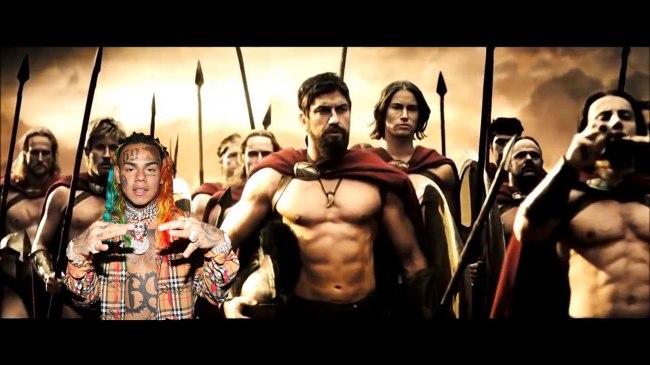 After being released from house arrest in August, Tekashi 6ix9ine hired an “unprecedented” 22-person security team of ex-law enforcement officials in hopes they can prevent him from dangerous threats that include gang hits and spending time with his daughter.

In the spirit of giving, helped Tekashi 6ix9ine dust up his resumé for last minute consideration into the the 'Deadbeat Dad of the Year' Awards. 🤞 https://t.co/seq1lc4edw pic.twitter.com/cDFXlV0FuY

NOT A ROBOT CLEARANCE 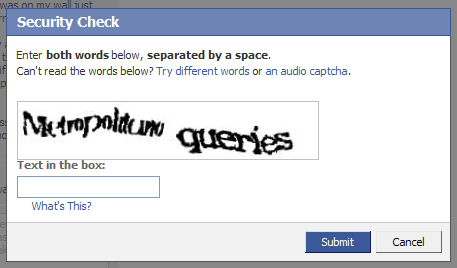 This is how Floyd Mayweather sees the first page of Harry Potter and the Philosopher’s Stone.

THE ‘PLEASE TAKE ONE’ HALLOWEEN SUCKERS 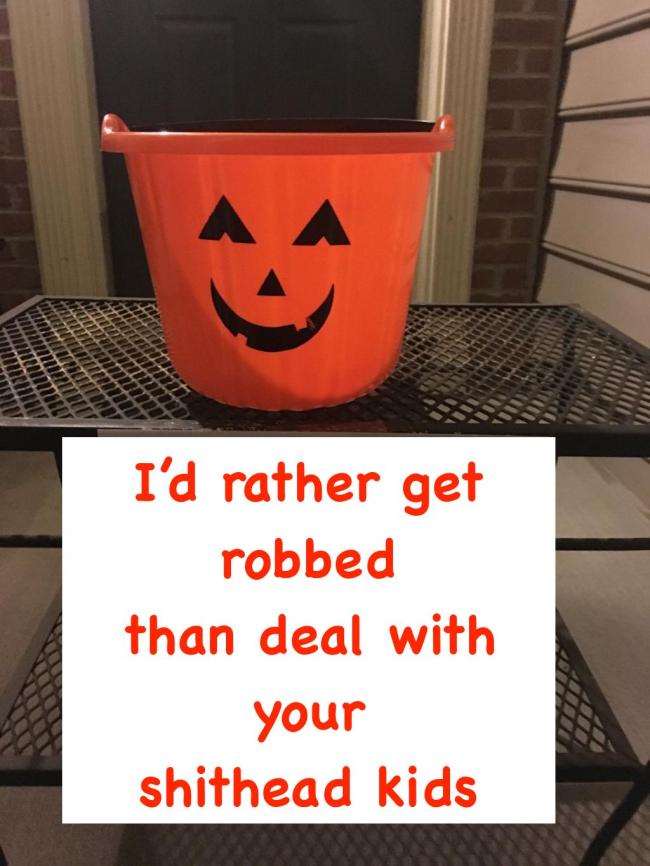 I can’t remember my dad’s birthday but I could give you the exact address and coordinates of every house within a five mile radius who pulled this move on Halloween.

THE BOOT ON MY 2002 KIA SOUL AFTER I DRIVE INTO THE CITY AND HAVE FOUR DRY MARTINIS WITH MY FRIEND RANDY FOR WRESTLEMANIA AND PASS OUT ON HIS COUCH AND WAKE UP AT 11 AM AND RANDY’S WIFE IS GRACIOUSLY LETTING ME KNOW THAT I’M OVERSTAYING MY WELCOME BUT I FEEL SO HELPLESS BECAUSE THE BOOT DOESN’T COME WITH AN INSTRUCTOR MANUAL AND RANDY DOENS’T HAVE A CHAINSAW SO I JUST PANIC AND LEAVE IT THERE AND NOW I RIDE MY BIKE TO WORK AND AM NOT ALLOWED BACK AT RANDY’S HOUSE. 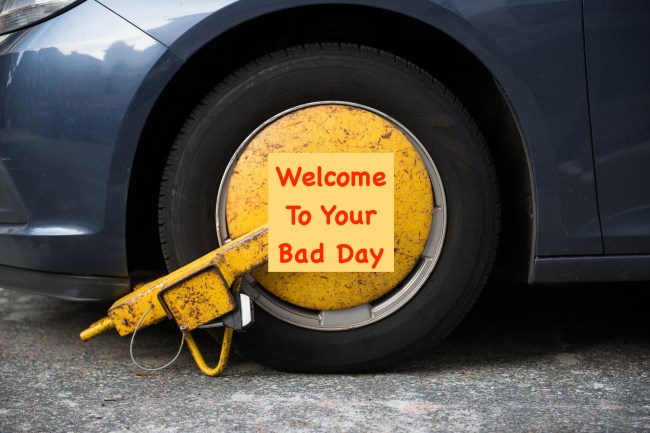 If that image doesn’t make you feel helpless, you’re probably too young to drive. 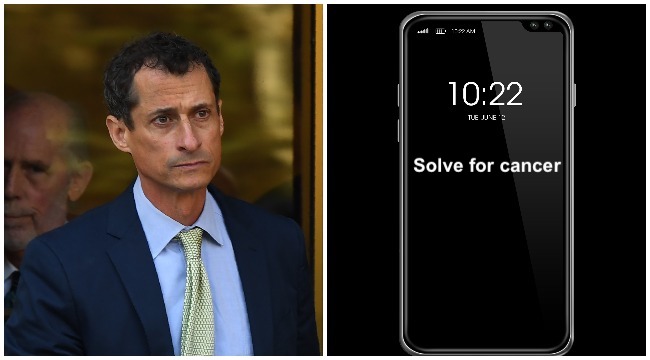 At this point, if Anthony Weiner’s phone password is anything simpler than the DNA sequence of the entire euchromatic human genome, he may as well include a photo of his erection in the 2021 U.S. Census forms. Not to get political, but how have Americans seen Anthony Weiner’s penis more than Chris Christie has seen his own? 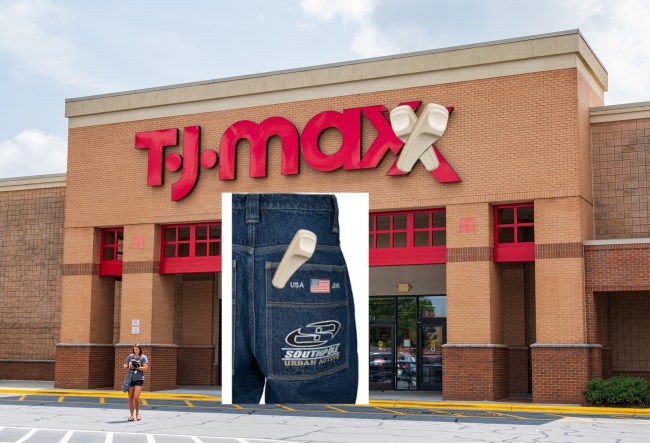 I’ll speak ill of the dead before I speak ill of TJ Maxx, but if I return home to find one more security tag on my ill-fitting Southpole jeans, I’ll light up a clove cigarette in the dressing room and swipe my fingers through the discounted pomade before putting it back where I found it. Try me.

Just come on in, MAGA!

DONT EVEN TRY TO TELL ME THIS WASN'T A COORDINATED EFFORT. pic.twitter.com/TmItXC4zdo