The First Reviews For ‘Blonde’ Are In, Critics Are Hailing Ana de Armas’ Performance 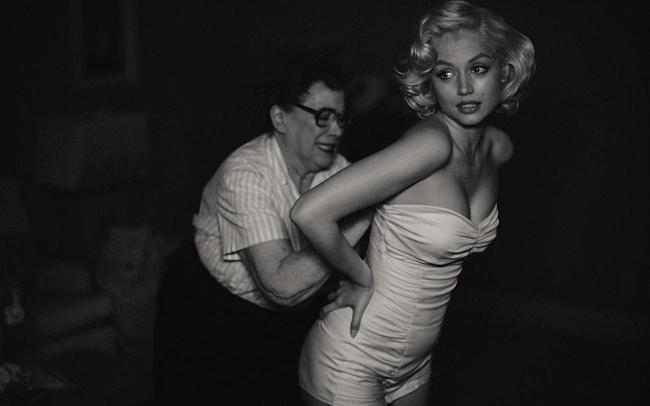 Following its premiere at the Venice Film Festival, the first reviews for Blonde — the NC-17-rated film about actress and model Marilyn Monroe that stars Ana de Armas in the lead role — have begun to hit the internet.

In general, while critics are praising de Armas’ performance as the legendary sex symbol, there seem to be some issues with the actual film, with one critic even calling Blonde “bizarre exploitation.”

“Ana de Armas delivers a phenomenal performance as Marilyn Monroe in Blonde, a biopic executed with such assured direction and distinctive flair,” DiscussingFilm says in their review of the film.

“It’s hard to ignore the queasy feeling that Dominik is getting off on the tawdry spectacle. De Armas holds nothing back in connecting with the character’s pain,” writes The Hollywood Reporter.

Blonde, flaws and all, reveals how the myth of Marilyn Monroe was built on top of who she was inside — a trauma of need so intense that she transformed herself into the greatest image of the power of beauty in the 20th century,” says Variety.

“Ana de Armas throws herself into a bizarre drama that only seems to want to deliver a story about a lifetime of victimization and exploitation,” IndieWire writes.

Blonde was directed by acclaimed filmmaker Andrew Dominik, who has also helmed The Assassination of Jesse James by the Coward Robert Ford, Killing Them Softly, and a few episodes of the hit Netflix series Mindhunter.

Following its premiere at the Venice Film Festival, the NC-17-rated Blonde will hit Netflix in the United States on Wednesday, September 28.

RELATED: Brad Pitt, One Of The Film’s Producers, Shares His Glowing Review Of Ana de Armas’ Performance As Marilyn Monroe In ‘Blonde’