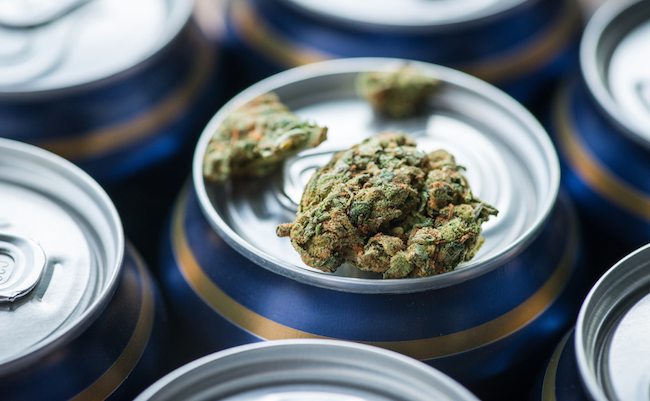 Blue Moon might get a lot of disrespect from diehard beer nerds, but for many, it serves as an eye-opener for most people who previously relied exclusively on their cheap 30 of choice to get as drunk as possible. Most people might not be aware of Keith Villa, but he might unintentionally be one of the biggest influences on the world of craft beer since he came up with the recipe for the divisive Belgian White in 1995.

Villa recently left MillerCoors after 32 years, and while you’d think his next step would be to become a lobbyist for the orange industry and try to get more people to put fruit in their beer, but he decided to turn his attention to something a he’s a little more familiar with. He’ll still be brewing beer, but it’ll be slightly less traditional than the one that he spawned a couple of decades ago.

According to Brewbound, Villas is now the head of Ceria Beverages, which will specialize in non-alcoholic beers infused with THC. Other brewers have harnessed cannabis to make a beer before, but the most prominent examples contain CBD, which doesn’t come with the effects that most people who would be drawn to a beer made with the devil’s lettuce are looking for in the first place. Villa seems to understand his customer base, saying:

“CBD is not the component that most consumers look for. It certainly has its merits… But the THC is what gives people that buzz, which is similar to the alcohol buzz that people get from beer, spirits and wine. A lot of consumers of cannabis look for that buzz.”

The Denver-based company has also partnered with a research group capable of producing different varieties of extracts for various effects and uses. While the beers might technically be non-alcoholic, you’ll still have to be 21 to buy them when they debut at some point later in the year.