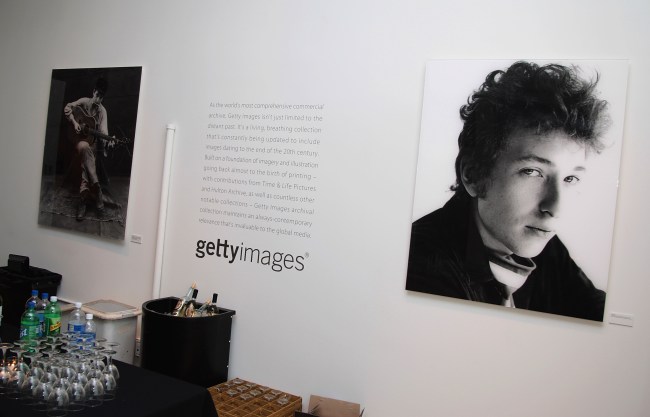 Now is your chance to own a legendary piece of music history. Bob Dylan’s 1965 Fender Telecaster that he used to record ‘Blonde on Blonde’ is hitting the auction block for the first time ever. It’s also not entirely fair to call this Bob Dylan‘s guitar because this 1965 Fender Telecaster was used by so many other Rock and Roll legends including Eric Clapton, George Harrison, Levon Helm, Robbie Robertson, and more.

This guitar was used heavily by Robbie Robertson of The Band on compositions like ‘Across the Great Divide,’ ‘Up on Cripple Creek,’ and ‘The Night They Drove Old Dixie Down.’ Robertson played this guitar at the Isle of Wight, Woodstock, Festival Express, and at Watkins Glen during the concert which broke the Guinness World Record for attendance.

The guitar will hit the auction block on Saturday, May 19th at Julien’s Auctions in New York at Hard Rock Cafe, and it will be sold alongside other pieces of music history when a collection titled ‘PROPERTY FROM THE LIFE AND CAREER OF PRINCE’ goes up for bidding. This guitar is expected to fetch somewhere between $400,000-$600,000.

“To witness Robbie Robertson’s legendary electric guitar come to auction is a once in a lifetime event,” said Darren Julien, President/Chief Executive Officer of Julien’s Auctions. “This special Telecaster has been played not only by Robertson but by Dylan, Clapton, Harrison and was center stage in the 20th century’s most important music and is arguably one of the most legendary instruments of all time.”

So how do you get your hands on this guitar? You can check out the listing on the Julien’s Auctions website. You’ll need to register on the Julien’s Auctions website in order to bid on Bob Dylan’s 1965 Fender Telecaster so be sure to do that if you plan on spending half a million dollars next month on a guitar. You can read all about guitar here in the auction catalog as well.