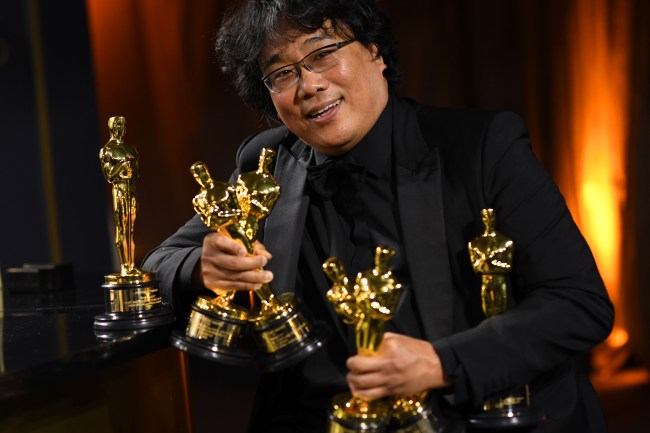 Usually, when I write things, I assume that people will simply read what I’m writing and not listen to what I’m saying. You know the difference between hearing someone and listening to someone — like that, except the internet article equivalent

But then, a couple of weeks ago, I wrote an Academy Award betting preview and I told you all to bet on Parasite to win Best Picture at around +300. I bet on the film myself, and if you listened to me instead of just simply reading what I write, you, too, would have been a richer person for it. So, hopefully, from this point forward, you will try to listen.

Speaking of both listening and Parasite, I kindly invite you to enjoy cinematic genius Bong Joon Ho explaining the previously ambiguous and metaphor-heavy ending of his Academy Award-winning film.

“It’s a surefire kill,” Bong tells me about the final shot. During our few days together in Los Angeles, we discussed the many filmmaking choices he made for Parasite, including the ending.

e“Maybe if the movie ended where they hug and fades out, the audience can imagine, ‘Oh, it’s impossible to buy that house,’ but the camera goes down to that half-basement,” he says. “It’s quite cruel and sad, but I thought it was being real and honest with the audience. You know and I know — we all know that this kid isn’t going to be able to buy that house. I just felt that frankness was right for the film, even though it’s sad.” [via Vulture]

Here’s why I was so confident in Parasite: the movie fucking rocked. Straight up. I know that’s not necessarily an overtly analytic dissection of the film and its merits, but that’s what makes my line of thinking the type that leads you to hit +300 bets: sometimes, there’s no need to complicate things. Parasite was the best movie to be released in 2019 and the conversation begins and ends there.

If you haven’t seen Parasite well A) what in the hell are you doing here and B) check it out this weekend. It is 1000% worth the hype.

As for those who have seen it, you can fill your Bong Joon Ho fix by checking out some of his old films. The obvious two are Snowpiercer and Okja (they’re both primarily in English), but if you want to dive a little deeper, check out Memories of Murder and The Host. 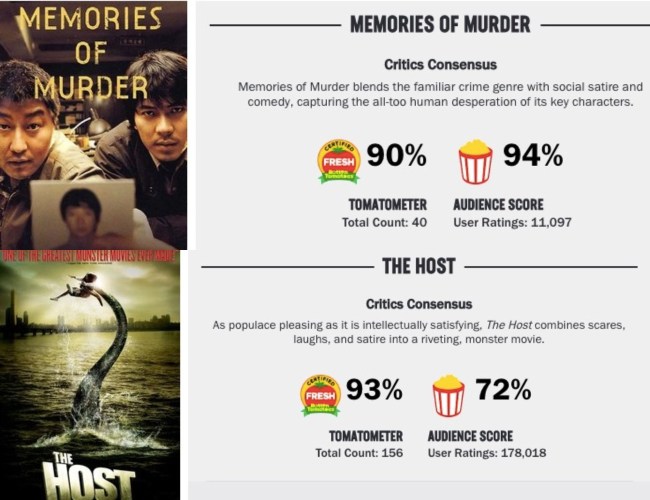