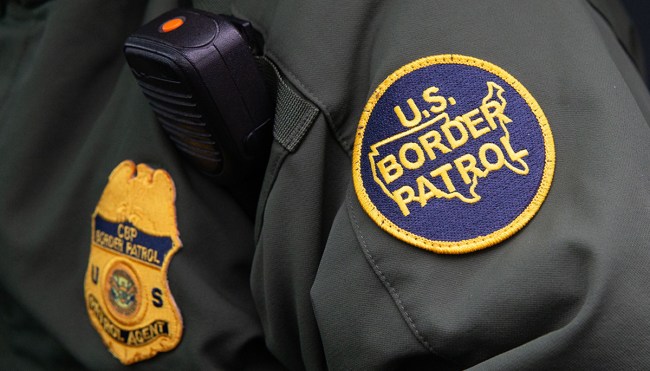 Smuggling drugs across international borders can be an extremely profitable enterprise. However, the economic incentive of engaging in that kind of activity is inextricably linked to the many risks that accompany the potentially lucrative hustle.

It’s safe to say most governments frown upon the trafficking of illegal narcotics and go to great lengths to prevent them from entering their country. That includes the United States, which devotes billions of dollars in annual funding to combat the practice with the help of its Customs and Border Protection agency.

Those efforts routinely lead to some absolutely massive drug busts involving the kind of incredibly dangerous substances most reasonable people would agree should be kept from flooding America’s streets. It’s easy to understand why border patrol agents would want to brag about those seizures but, the same can’t be said for one that’s gotten plenty of attention for all of the wrong reasons.

Over the weekend, the CBP posted a tweet calling attention to the goods it seized from a couple of Americans who were recently pulled aside at a checkpoint in Champlain, Vermont after returning from a trip to Canada.

The post in question featured a couple of pictures of the magic mushrooms and ecstasy pills that were discovered in a search (which also led to the recovery of some marijuana and a chocolate bar containing psilocybin).

On Wednesday, two U.S. citizens returning from Canada had their vehicle examined by Champlain CBP officers. The inspection led to officers seizing ecstasy, marijuana, and psilocybin mushrooms in raw form and infused in a chocolate bar.

Now, there’s no doubt the travelers who allegedly attempted to cross the border in a car filled with an assortment of drugs deserve some of the blame for committing one of the most easily avoidable crimes on the planet. With that said, it’s safe to say plenty of people who came across the tweet were less than impressed by a haul the agency was apparently very proud of.

Feeling a lot safer knowing that two people have been deprived of their plans to enjoy the enhanced majesty of the night sky https://t.co/w0wNy7jaUO

Thank you for your service! The last thing the community needed was yet another meandering unedited three-hour podcast.

Hard to pick the funniest part of this but I think it's the framing of those four tiny lonely pills in the center of a giant frame, like the guy who took the pictures knew this was some bullshit https://t.co/OkiRYTxr0u