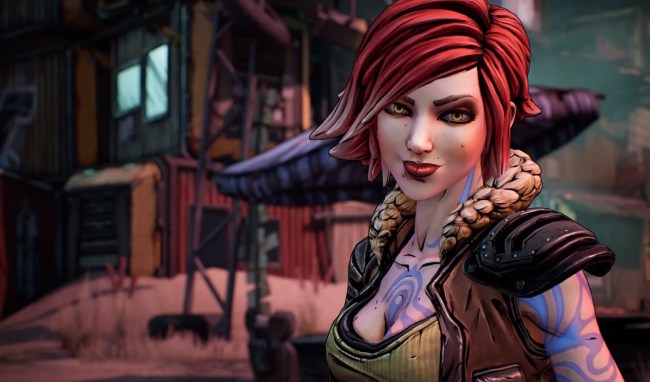 The original Borderlands debuted on October 20, 2009, today, nearly a decade later, we get our first peek at Borderlands 3. During their PAX East panel, Gearbox finally unveiled the trailer for Borderlands 3 and it looks tremendous.

The nearly four-minute action-packed trailer for Borderlands 3 promises guns. Lots and lots of guns. Remember, these are the same people who set the record for most firearms in a video game when they had a whopping 17.75 million varieties of guns in Borderlands 2. Gearbox goes even harder in the third installment. They promise that Borderlands will be the most lethal yet, by giving you over one million guns to play with. Goodness gracious.

Borderlands 3: Here’s a gun with legs.

Borderlands 3 probably the best thing from the reveal 😂 pic.twitter.com/jQCAzZwwnr

There will be even more looting and even more shooting in the third chapter. The colorful, cartoonish, chaotic trailer shows some familiar characters from previous Borderlands titles. There is something called “Children of the Vault,” which will be some death cult on Pandora. There is also some armored alien dinosaur that looks badass. The trailer teases that there will be multiple worlds to use those billion guns.

The plot and features aren’t known by the trailer, but Gearbox Software promises more details about the game on April 3rd on their website.