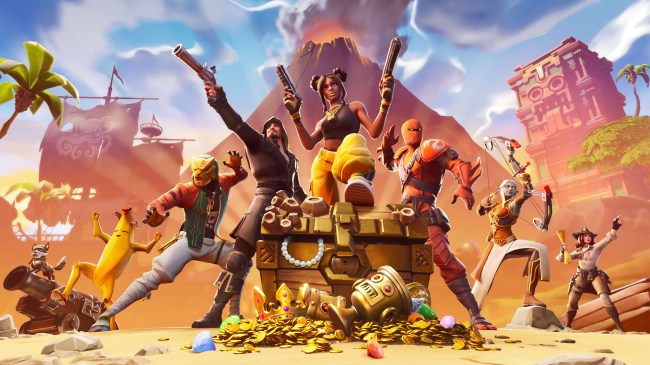 A few months ago, we learned that parents were hiring Fortnite coaches and paying them up to $25 an hour to increase their kid’s gaming skills. This makes perfect sense because Epic Games gave away $8 million to gamers in their Fortnite tournament over the summer. Twitch gamer Tyler “Ninja” Blevins makes $500,000 a month playing video games. Also because colleges are now giving away scholarships to top Fornite Battle Royale players. And a study states professional eSports gamers will soon make more money than professional athletes. If you need more proof that gaming has enormous earning potential, a teenager is raking in big bucks for playing Fortnite.

Griffin Spikoski from Long Island is just like most 14-year-olds, he loves playing Fortnite. But Griffin Spikoski gets paid a killing to play the massively popular battle royale video game. That sure beats mowing lawns.

Spikoski is a professional gamer by the gamer name of “Sceptic” and has earned nearly $200,000 for playing Fortnite. Might be time to get your nephew who is decent at Fortnite and chain him to his Xbox One and have him hooked up to an IV drip of Mtn Dew Amp Game Fuel.

The 14-year-old with Misfits Gaming plays about eight hours during the week after school and logs in as much as 18 hours of Fortnite gaming on the weekends. When he was asked by Eyewitness News, “Do you think you should cut back?” Griffin wisely replied, “It’s kind of like my job.” So wise for a 14-year-old.

Spikoski’s YouTube channel has over 1.1 million subscribers and over 70 million views, plus 300,000 followers on Twitch.

RELATED: Over 200 Divorces Were Caused By ‘Fortnite.’ Yes, ‘Fortnite’ The Video Game.

Spikowski gained notoriety last summer when he defeated Turner ‘Tfue’ Tenney, one of the top-ranked Fortnite gamers and his video went viral with over 7.5 million views.

Spikowski has made appearances for Samsung, the PGA, and the Miami Heat. Because of the teen’s meteroic rise, the Skpikowski family created Sceptic Gaming Inc. and has hired a financial adviser and an accountant to manage his new fortune.

RELATED: Want To Play ‘Fortnite’ Like An eSports Legend? Here Is The Gear That Tyler ‘Ninja’ Blevins Uses

“We try to keep him humble about it,” his dad Chris Spikoski said. “We try to find the right balance between his school work and just keeping his priorities straight.”

Griffin said he is saving the $200,000 and any future earnings in case his gaming career doesn’t work out. He is planning on someday using his money to buy a house or a car or to pay for college. Forget college, keep collecting fat checks to play video games, kid.

“I want parents to know that, you know, if their kids do enjoy playing games and they have a passion for it and they’re really good at it, they should treat it as any other sport,” Spikoski said.

Spikoski has invested some of his earnings back into his gaming and he has a $15,000 gaming rig.

Griffin and his family are traveling to Berlin next month for an international online video gaming convention. What were you doing when you were 14? Developing early onset carpal tunnel in your one wrist?

RELATED: ‘Apex Legends’ Made A Ton Of Money In Launch Month, Most Ever For Free-To-Play Game, But Hasn’t Hurt ‘Fortnite’ At All