‘Apex Legends’ Made A Ton Of Money In Launch Month, Most Ever For Free-To-Play Game, But Hasn’t Hurt ‘Fortnite’ At All 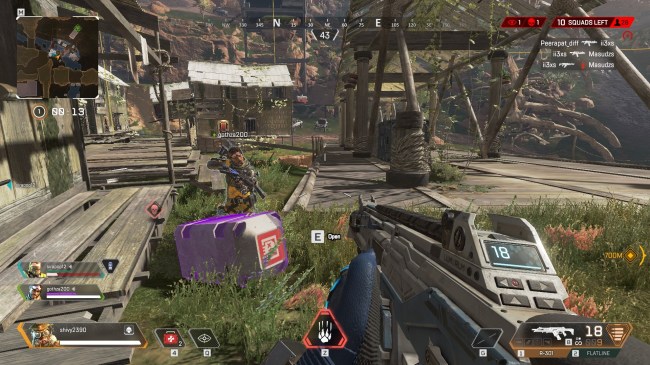 EA-published Apex Legends made $92 million across all platforms from in-game purchases in February according to market research firm SuperData. Despite the incredible launch month in sales, Apex Legends was not able to beat Fortnite.

RELATED: After Smashing Records, ‘Apex Legends’ Bans 16,000 Cheaters As It Positions Itself As ‘Fortnite’ Killer

While Apex Legends is having a moment as the new battle royale game, it doesn’t seem to be affecting Fortnite at all. Epic Games CEO Tim Sweeney said he hasn’t seen “any visible cut into Fortnite” with the release of Apex Legends.

“We hit a Fortnite non-event peak twice after Apex was out,” Sweeney said in an interview to VentureBeat. Sweeney said his game “gained an Apex Legends worth of Fortnite players” since February.

“What Apex Legends has done is re-energized a lot of shooter players, people who come in and out of shooters depending on what’s popular,” Sweeney explained. “We’re very close to hitting 250 million Fortnite players.” So much for the banter that Apex Legends would be the “Fortnite killer.”

The Fortnite vs. Apex Legends story gets interesting since Epic Games might be stealing a feature from AL. Fortnite gamers have spotted a van that looks suspiciously similar to the respawn beacons in Apex Legends.

RELATED: Over 200 Divorces Were Caused By ‘Fortnite.’ Yes, ‘Fortnite’ The Video Game.