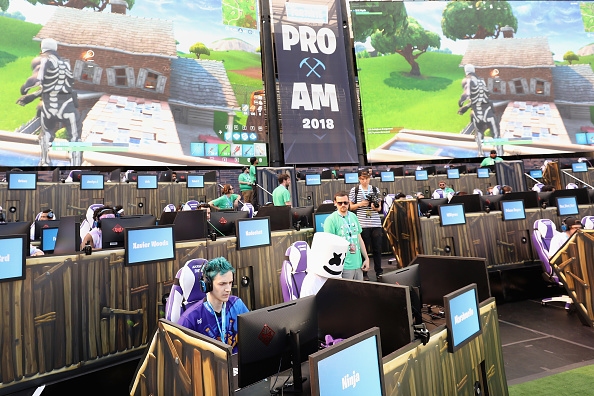 Gaming is a very, very, very big deal these days. Thanks to the massive worldwide popularity of Dota 2, Counter-Strike: Global Offensive, League of Legends, Overwatch, and of course Fortnite, millions of people are watching eSports. A new study believes the popularity of eSports and the salaries of professional gamers will grow exponentially, to the point that eSports gamers will make more money than professional athletes.

Researchers from Ryerson University released a new study that claims that pro gamers will soon earn more than pro athletes. Toronto-based researchers Louis-Etienne Dubois and Laurel Walzak back their claims by saying, “video games generate viewership at least on par with professional leagues.” While this may sound preposterous, it isn’t out of the realm of possibility because traditional sports have peaked whereas eSports has much growth to enjoy.

Taking place in a sold-out stadium, the 2016 League of Legends tournament drew in 36 million viewers, that would be 5 million more viewers than the 2016 NBA Finals. Earlier this month, Goldman Sachs projected eSports viewership would outdraw Major League Baseball and the National Hockey League in 2018. By 2022, eSports are expected to have 276 million viewers, making it as big as the NFL. Goldman Sachs analysts noted that total esports monetization will reach $3 billion by 2022.

The study notes that advertisers will be quite interested in eSports because of its young and dedicated audience. “Companies like Red Bull, Coca-Cola and Samsung, all usual suspects when it comes to advertising and young people, are flocking to eSports,” the paper said.

The video game industry is the fastest growing entertainment industry in the world and the growth of eSports is fueling it. eSports has had a meteoric rise and that’s been accomplished in less than a decade so there are so many opportunities to grow even more yet to come.

In recent years, eSports has exploded and colleges are even giving away scholarships to students who are exceptional Fortnite Battle Royale players.

A state-of-the-art $10 million esports stadium is being built in Arlington, Texas. The 100,000-square-foot stadium will be the largest eSports arena in North America. Do you think eSports gamers could make more than pro athletes?