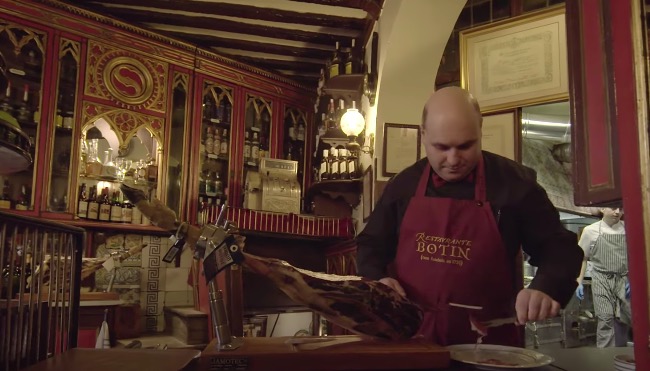 The Botín Restaurant in Madrid lays claim to being the oldest continuously operated restaurant in the world. They first opened their doors all the way back in 1725, an astounding 293 years ago.

The restaurant’s signature dish, Suckling Pig, is cooked inside of this oven that’s been roaring for almost 300 years and local lore claims the oven’s seasoning is what makes the dish so special. It’s important for the oven to stay burning all night so that the chefs can start cooking first thing in the morning so they keep coals smoldering 24/7/365….For 293 years:

Can you imagine owning an oven that’s been burning for 293 years straight? I can’t imagine even doing something for 293 days in a row. The only thing I’ve done for 293 days is sleep. Assuming an average lifespan of 80 years for a human, that’s over three lifetimes that this oven’s been consecutively burning. That’s just insanity.