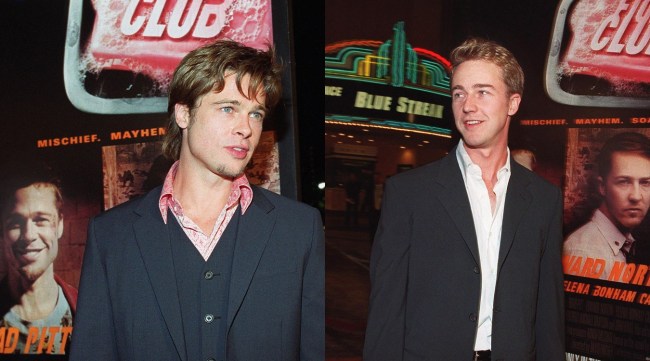 In a broad sense, being a celebrity seems like a brutal pain in the ass. As the old saying goes, you’d rather be rich than famous.

Sure, being filthy stinking rich and generally better looking than everyone else seems nice, but you always have to be on-brand. A couple of weeks ago, I went to the New York City premiere of Ryan Reynold’s Netflix flick 6 Underground, and man, the dude was treated like an asset more than a human being.

“Ryan, come talk to this person” and “Ryan, quick photo over here” was all you heard. And to his credit, Reynolds nailed it every time — he was always switched on. And as I was walking home from the subway, the primary thought on my mind — you know, other than the fact I was trying to process that I’d just seen the most Michael Bay piece of film in the history of the motion picture — was that being a celebrity seems fucking exhausting.

But if there’s one aspect of celebrity life I’ve always found endlessly appealing, it’s the social aspect. Like, imagine all the shit you and your buddies talk about, except about famous people.

“He fucked WHO?!” “She’s dating WHO?!” “You guys were doing WHAT at WHOSE house?!” “Yo I heard Eric went home with Emily Ratajowski last night, my fucking DUDE!” Going to parties at the Playboy mansion. Railing lines with the Sports Illustrated girls. You get the picture. Take this story that Brad Pitt recently shared about the premiere of Fight Club as the perfect example of this notion.

Appearing on the WTF with Marc Maron podcast alongside of his Once Upon A Time… In Hollywood co-star Leonardo DiCaprio, Pitt revealed that he and Edward Norton burned a J prior to the premiere of Fight Club and as a result were the “only assholes” in the theater who were laughing.

“It was the Venice Film Festival and it was a midnight screening. For some reason we thought it would be a good idea to smoke a joint before. They put you up in a balcony next to the festival head, it’s very formal. The movie starts. First joke comes up, and it’s crickets. It’s dead silence. Another joke, and it’s just dead silent. You know it’s in subtitles, and this thing is just not translating at all. The more it happened, the funnier it got to Edward and I. So we just start laughing. We’re the assholes in the back laughing at our own jokes. The only ones laughing.”

Just imagine that for a sec — you’re Brad Pitt, you’re showing up to the premiere of Fight Club with Jennifer Aniston on your arm, “hold on sweetie, I’m gonna go roast a bone with Eddie before this movie.” Then after the movie, you probably drink a bunch of expensive liquor with your famous friend’s sprawling Beverly Hill mansion, smoke a couple of more Js (that contain the best weed, of course), then head home to smash Jennifer Aniston. What a life.

Now that part of being famous seems awesome.