‘Captain Marvel’ Star Brie Larson Was Once An Aspiring Pop Star, Had A Song On The Hot Singles Chart 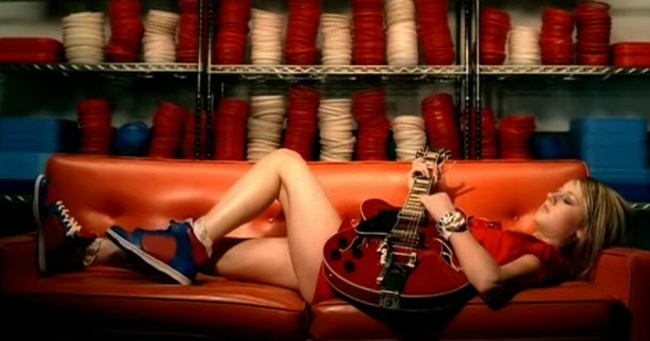 Please tell me I am not the only one who was unaware that at one point in her life Captain Marvel star Brie Larson was a pop singer and even put out an album?

Okay, I am not the only one who didn’t know that? Good.

Long before Brianne Sidonie Desaulniers (her real name) won an Academy Award for Best Actress for her role in the 2015 film Room, Brie Larson was writing her own songs, self-recording them and uploading the songs to her own website.

This led to her being signed to a record deal by Tommy Mottola of Casablanca Records.

Now here comes some SERIOUS trivia. The only two musicians signed to that label at that time were Larson and … Lindsay Lohan.

In 2005, Larson even put out an album titled Finally Out of P.E.

One of the songs from the album “She Said” was featured on Total Request Live on MTV and even reached number 31 on the Billboard Hot Single Sales chart.

She even opened for Jesse McCartney on Teen People’s “Rock in Shop” mall concert tour.

That all came to an end, however, when she finally got her first major acting break landing a starring role on Showtime’s United States of Tara in 2009. Previously, her biggest acting role had come in 2001 when she joined Bob Saget and another future star Kat Dennings for one season on The WB’s Raising Dad.

Since then, Larson has gone on to act on TV shows like The League and Community and appearing in movies like Scott Pilgrim vs. the World , 21 Jump Street, Don Jon, Trainwreck, Kong: Skull Island, and Unicorn Store with Samuel L. Jackson – a film she directed and co-produced.

Perhaps now that she’s uber-successful as an actress, someday Larson can get back to banging out tunes like this classic, “Done With Like.”