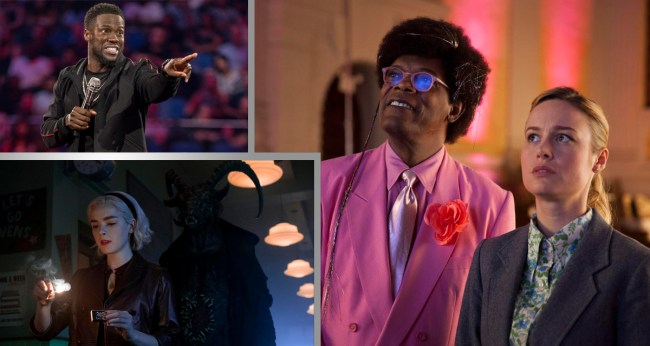 So, have we turned the corner? Is it finally going to start being warmer? There’s an orange, glowing orb in the sky I haven’t seen in awhile, so maybe it’s true. It looks very nice outside now as I watch all my shows, documentaries, and movies on my favorite streaming services. I’ll have to get up and check it out sometime.

Speaking of streaming services, Netflix just released their list of what’s new for the month of April (and what’s leaving the service) so it looks like it’s all good in my house for at least one more month.

Some highlights for the fourth month of 2019 include Netflix Originals like Unicorn Store, Black Summer, The Silence, Chilling Adventures of Sabrina: Part 2, No Good Nick, Kevin Hart: Irresponsible, and the next Netflix interacive series You vs. Wild.

It also means a whole new batch of movies to watch like The Bone Collector, The Fifth Element, Deliverance, Bonnie and Clyde, Valkyrie, Freddy vs. Jason, Pineapple Express, and more.

Better hurry though on some other titles, because shows and movies like American Pie, Billy Madison, Happy Gilmore, Seven, Blue Mountain State, and a bunch of James Bond movies are going, going, gone in April.

Available April 5
Roman Empire: Caligula: The Mad Emperor (Netflix Original)
Once beloved by the troops and people alike, Caligula shocks Rome by ruling with the cruel depravity and debauchery that make him infamous.

Unicorn Store (Netflix Film)
Kit (Brie Larson in her directorial debut), a twenty-something dreamer, receives an invitation that would fulfill her childhood dreams.

Available April 12
The Silence (Netflix Film)
When the world is under attack from terrifying creatures who hunt their human prey by sound, 16-year old Ally Andrews (Kiernan Shipka), who lost her hearing at 13, and her family seek refuge in a remote haven. But they discover a sinister cult who are eager to exploit Ally’s heightened senses. The Silence is directed by John R. Leonetti (Annabelle) and stars Stanley Tucci, Kiernan Shipka, Miranda Otto, John Corbett, Kate Trotter and Kyle Breitkopf. 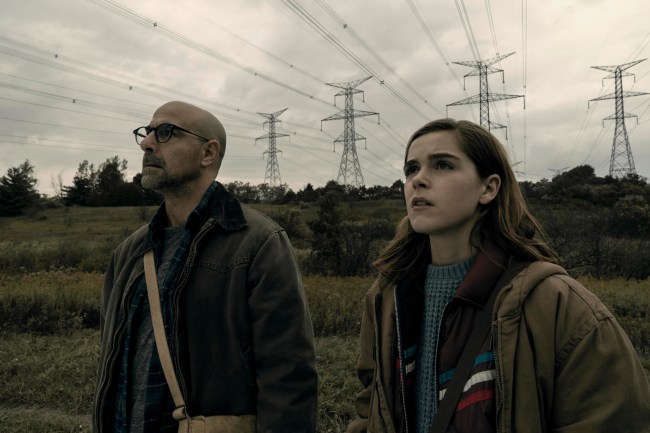 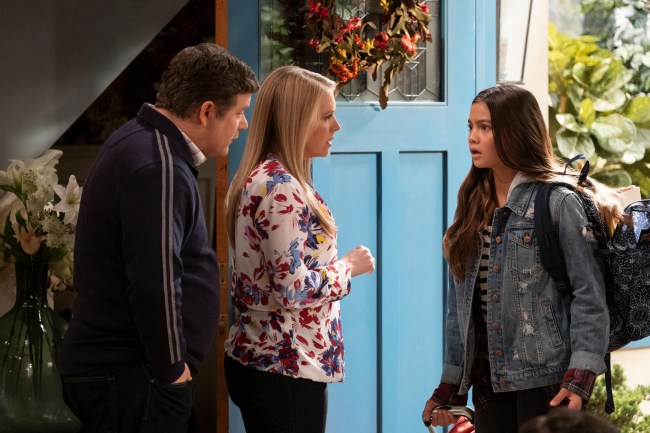 Available April 26
ReMastered: Devil at the Crossroads (Netflix Original)
Robert Johnson was one of the most influential blues guitarists ever. Even before his early death, fans wondered if he’d made a pact with the Devil.

Leaving April 1
American Pie
Billy Madison
Blue Mountain State: Seasons 1-3
Casino Royale
Diamonds Are Forever
Die Another Day
Don’t Be a Menace to South Central While Drinking Your Juice in the Hood
Goldfinger
Happy Feet
Happy Gilmore
Heat
I Love You, Man
L.A. Confidential
Live and Let Die
Luther: Series 1-4
Octopussy
Pokémon: XY: Seasons 1-2
Seven
Sex and the City: The Movie
The Living Daylights
The Man with the Golden Gun
The Spy Who Loved Me
The World Is Not Enough
Wallander: Series 1-4
You Only Live Twice