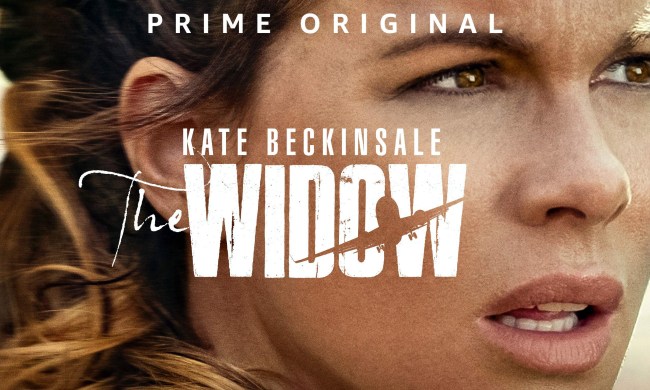 Anyhoo, speaking of the internet and streaming services, check out what’s new on Amazon Prime Video for the month of March 2019.

March brings seven Prime Original series and one Prime Original movie exclusively available for Prime members to stream or download at no additional cost to their membership.

● The Widow S1: The Prime Original series starring Kate Beckinsale, follows Georgia, who has lost everything including her husband, and will stop at nothing to uncover the truth. She sets off on a manic manhunt for the man she loves across the Congo, where the government is unstable, mercenaries rule and her allies are not who they seem. She faces physical and emotional obstacles every step of the way, and what begins as a gut-wrenching tragedy turns into a woman’s thrilling pursuit for truth in a dangerous web of lies. (Available in HDR and UHD on March 1)

● Costume Quest S1: The Prime Original series is based on the popular video game and features four friends, Wren, Reynold, Everett, and Lucy, as they use their unstoppable imaginations to unlock a secret magic hidden in their homemade Halloween costumes. Using this power, these four heroes battle ferocious, nougat-munching monsters that lurk in the shadows, by transforming into robots, pirates, ghosts, and ice cream cones! If they can imagine it, they can be it. (March 8)

● Made in Heaven S1: The Prime Original series chronicles the lives of Tara and Karan, two wedding planners in Delhi running an agency named “Made in Heaven.” The show portrays today’s India as a potent blend of old and new where tradition jostles with modern aspirations against the backdrop of Big Fat Indian Weddings juxtaposed against the story of the two protagonists. (Available in HDR and UHD; TBD)

● Tin Star S2: The Prime Original series starring Tim Roth returns for its second series, as Anna offers her father a chance at forgiveness when she tasks him with saving Pastor Johan Nickel, the head of a family who have taken her in, from destruction (Available in UHD on March 8).

● Catastrophe S4: The Prime Original series is back for a fourth season focusing on Sharon and Rob’s adventures as they navigate the murky waters of parenthood, in-laws, creepy bosses, court ordered charity, alcoholism, exercise trends, kleptomania, love, loss, and everything in between. (Available March 15)

● The Stinky & Dirty Show S2: The Prime Original series returns with our heroes continuing to lend a helpful hand (or wheel) to the vehicle residence of Go City, but with more silliness and play. Can Stinky splat the biggest melon ever? Can they play a game of Honk You’re it and tag Chopper the helicopter? Can Stinky and Dirty take pictures of all the fast-moving vehicles for the city billboard? And what happens when the drive-in movie gets ruined – can Stinky and Dirty help perform the ending? (March 22)

● Cold War: Nominated for three Academy Awards, the Prime Original movie is directed by Pawel Pawlikowski is a passionate love story between a man and a woman who meet in the ruins of post-war Poland. Set against the background of the Cold War in 1950s Poland, Berlin, Yugoslavia and Paris, it’s the tale of a couple separated by politics, character flaws and unfortunate twists of fate — an impossible love story in impossible times. (Available in UHD and HD March 22)

● Hanna S1: The Prime Original series is based on the 2011 film, and follows Hanna, who has spent her entire young life training to fight those who hunt her and her mercenary father. Her survivalist skills are finally tested when she and Erik are separated upon their discovery by a rogue CIA operative. Hanna has no choice but to embark on a perilous journey alone across Europe as she seeks to reunite with her father and evade the dangerous agents who target them. (Available in HDR and UHD on March 29)

NEW IN MARCH – AVAILABLE FOR STREAMING ON PRIME VIDEO CHANNELS

*UFC 235 is available under the Prime Video | Pay-Per-View