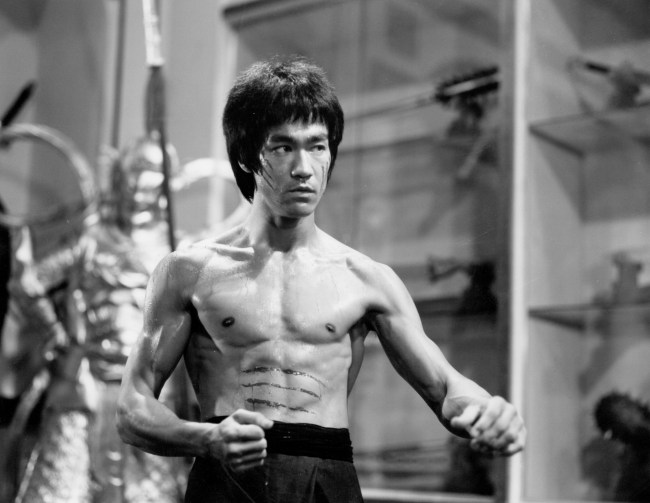 If there’s any criticism of Quentin Tarantino’s highly lauded new movie Once Upon A Time In Hollywood, it’s how the legendary filmmaker depicts Asian-American martial arts God Bruce Lee.

The controversial scene in question involves an altercation between Bruce Lee’s character (played by Mike Moh), and stuntman Cliff Booth, played by Brad Pitt. Surprisingly, the brouhaha results in Brad Pitt’s character physically overpowering an arrogant Lee, and in turn, calling into question his entire livelihood.

Watching Enter the Dragon, in part to cleanse Once Upon A Time in Hollywood’s bullshit treatment of Bruce Lee from my brain. pic.twitter.com/K9M3YD0Qdv

Bruce Lee’s daughter, Shannon, felt the movie made a mockery out of her father and told The Wrap that “[Quentin Tarantino made him look like] an arrogant asshole who was full of hot air.”

In a recent interview with Variety, she doubled down on her comments.

“He could shut up about it, That would be really nice. Or he could apologize or he could say, ‘I don’t really know what Bruce Lee was like. I just wrote it for my movie. But that shouldn’t be taken as how he really was.'”

Tarantino did not back down from the criticism, painting Lee in a very human light that the general public never thought to consider. He said during a press circuit in Moscow:

“Bruce Lee was kind of an arrogant guy,” he said. “The way he was talking, I didn’t just make a lot of that up. I heard him say things like that to that effect. If people are saying, ‘Well he never said he could beat up Mohammad Ali,’ well yeah he did. Alright? Not only did he say that but his wife, Linda Lee, said that in her first biography I ever read. She absolutely said that.”

Mike Moh, the actor who played Lee in OUATIH, revealed that Bruce Lee got off easy in comparison to the movie’s first draft, a draft he had problems with given his admiration for Lee.

“I’m not going to tell you what the original script had exactly, but when I read it, I was so conflicted because he’s my hero–Bruce Lee in my mind was literally a god.”

If you’re interesting in gathering an opinion for yourself, check out the scene in question below.