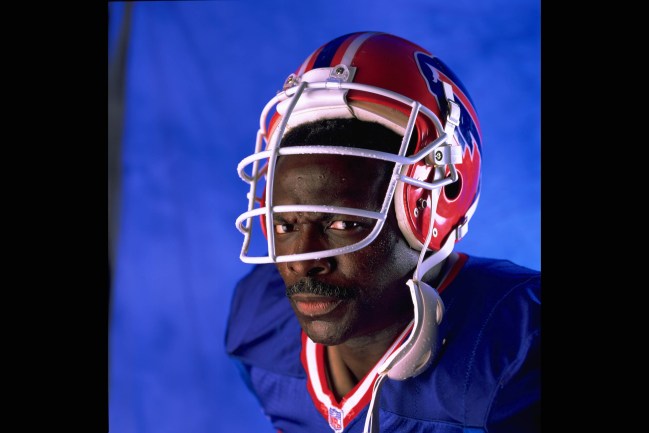 It didn’t take long for The Sack Man to live up to his nickname while simultaneously making Bills Mafia proud to call him theirs.

I’m no #FamilyFeud guy. But this was absolute gold. Bruce Smith, ladies and gentlemen. pic.twitter.com/kvUAShGnA3

Totally feasible, Bruce. Thank you for your contribution, but unfortunately the Family Feud production crew will now have to confiscate the liter of Jack Daniels and the gravity bong you’ve been stashing below your buzzer. This is a family program.

I’m grasping at hogs here, but maybe Bruce Heard the word ‘hook’ and his brain immediately went to ‘penis,’ revealing a characteristic about himself that Elon Musk can relate to.

Regardless, I would 10/10 watch a Captain Boner Hands movie starring Jack Black as the titular character. Anything is possible if they made a sequel to Paul Blartt: Mall Cop.