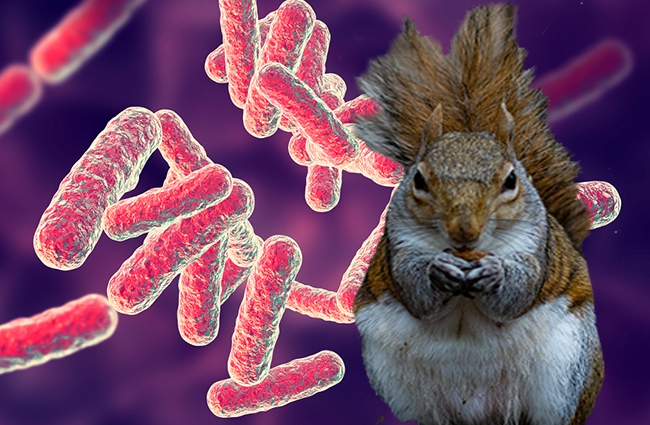 I think we can all agree this whole “pandemic” thing has really been quite the bummer. Sure, there are other illnesses to come before this one that managed to hit the world even harder, but unless you were alive in 1918, you’ve never witnessed a health crisis of this magnitude.

Considering how much our lives have been impacted by the current situation, it’s almost impossible to fathom what it must have been like to endure the Spanish Flu or the Black Death. We may not have to worry about those diseases returning to wreak the same havoc that they did, but with that said, one of them seems to be doing its best to stage a comeback at the worst possible time.

No one seems to be able to agree on how many lives were lost to the bubonic plague when it spread throughout Europe in the middle of the 14th century but the consensus among historians is that at least 20 million people died after being infected with a disease boasting some incredibly gnarly symptoms.

The writers responsible for scripting 2020 appeared to get lazy last week when a man in China was hospitalized with a case of the plague, and now, they’ve decided to follow that up by introducing a new twist in the form of an infected squirrel in Colorado.

According to CNBC, officials in Jefferson County announced that a squirrel found in the town of Morrison (a little less than 20 miles west of Denver) tested positive for the bubonic plague over the weekend (I’m telling myself it’s currently being quarantined in a tiny hospital room as opposed to meeting a less cheery fate)

There haven’t been any other positive cases detected yet, but in a statement that was released on Sunday, residents in the area were urged to take proper precautions to prevent both themselves and their pets from contracting the illness, which seems to have a particular fondness for infecting the rodents that are largely responsible for its proliferation

This is at least the second time the disease has made an appearance in Colorado in the past year, as plague-carrying prairie dogs in Commerce City deprived MLS fans of a fireworks show and forced people planning to camp at a Phish concert to find other accommodations.

The bubonic plague is the last thing we need to worry about right now, but in the end, you probably don’t have to stress too much, as positive cases like these aren’t unique to 2020.  In recent decades, an average of seven Americans were infected every year, and while no vaccine exists, the antibiotics that are available today are more effective than combating it than the onions and dead pigeons they rubbed on patients in the Middle Ages.

However, I don’t think people were throwing parties in the 1300s to see who could get the plague first so maybe we haven’t come as far as we think we have.