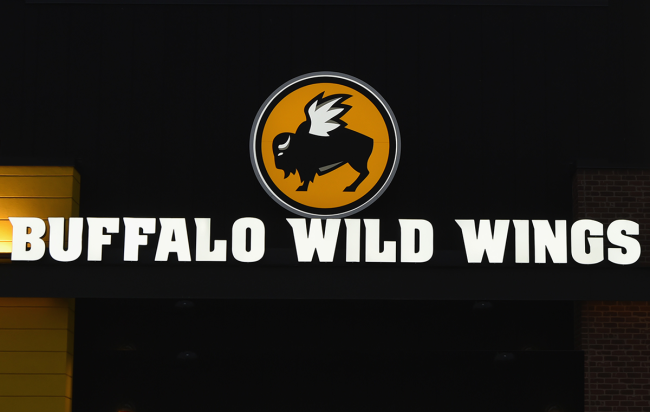 If you don’t have a particular allegiance to any of the teams that managed to earn an invite to the NCAA Tournament this year, there are still plenty of other ways to get invested in March Madness, with most people relying on bracket pools to give themselves some incentive to care (even though buying some squares is the vastly superior option as far as I’m concerned.)

When noon rolls around on Friday, college basketball fans around America will have the perfect excuse to crack open a beer at what is usually considered a socially unacceptable hour when the tourney gets underway. While “Crushing Cold Ones Whenever There’s A Game Taking Place” is personally my favorite March Madness drinking game, it’s far from the only option, as there’s also “Take A Shot To Celebrate Whenever Your Pick Wins” or “Take A Shot To Numb The Pain Whenever Your Pick Loses.”

Remember: there’s nothing stopping you from playing all of them at the same time.

By the time Tuesday rolls around, there’s a solid chance you’ll once again be confronted with the reality that this was not, in fact, the year where you finally managed to avoid having your bracket busted after the first couple of rounds, but if that ends up being the case, you’ll still have the opportunity to have some skin in the game courtesy of Buffalo Wild Wings.

In addition to the wild upsets, buzzer-beaters, and Cinderalla runs that make March Madness as magical as it is, you also have to love getting treated to some free basketball if a game isn’t decided in regulation—and whenever that happens this year, you’ll be able to score free food thanks to the special offer B-Dubs is rolling out when games go to overtime.

If any #MarchMadness game goes to OT, you could win 6 FREE BONELESS WINGS!

❤️ this tweet for a reminder when the tournament starts so you can check-in or place your online order! Details ⤵️

While you’ll have to have a Blazin’ Rewards account to take advantage, you’ll have the chance to snag six boneless wings for the price of “on the house” if you place an order within 30 minutes of the moment the outcome of the contest is ultimately decided.

There won’t be a limit on how many times you can cash in on the offer (there’s been an average of four overtime games in the NCAA Tournament over the past decade,) and while you’ll have to wait a day to redeem the credit, it’ll give you an excuse to try BWW’s new spicy truffle sauce or one of the 26 other members of its flavor family the next time you stop by.