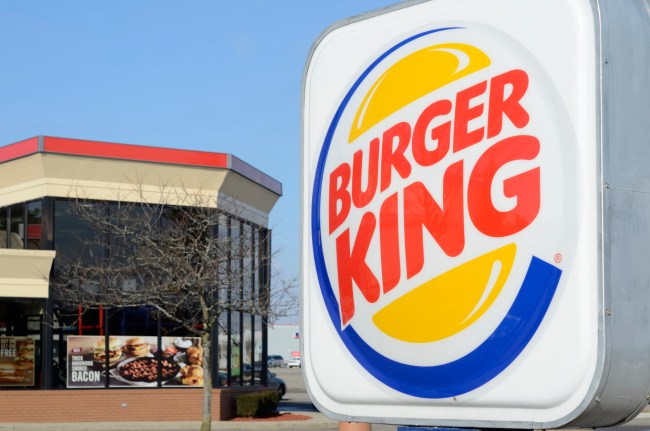 As a fast food connoisseur, I’ve put plenty of things in my body over the years that I’d probably never consume if I knew what was in them but I’ve learned there are some questions in life you just don’t want to know the answer to.

If the guy who’s eaten 30,000 Big Macs over the course of his time on Earth is still alive then I’m going to tell myself I’m probably not doing myself a major disservice by occasionally wolfing down way too many chicken nuggets that retail for a suspiciously low price.

However, every once in a while, fast food chains bring a menu item into the world that’s the result of people who are so preoccupied with whether or not they could that they didn’t stop to think if they should.

One of those products is Burger King’s jet-black Halloween slushy, which hit stores a couple of weeks ago.

In theory, there’s nothing too offputting about the slushy aside from its questionable color, but according to Women’s Health, there’s a seriously disgusting side effect that can come with consuming one.

A few years ago, Burger King decided to celebrate Halloween by introducing a Whopper made with a black bun, which was a pretty interesting concept until people discovered it made their poop turn the same color.

Unfortunately, it appears the chain didn’t learn their lesson as a number of people are saying they’ve encountered some uniquely colored bowel movements after consuming the drink.

I drank a @BurgerKing scary black cherry icee and my shit turned blue. Neon blue. Everyone should get one. Blue poop makes everything seem better.

As Mental Floss notes, the dyes used to color the slushy are the likely culprit and it’s doubtful they have any long-term effect.

With that said, that’s going to be a no for me, dawg.