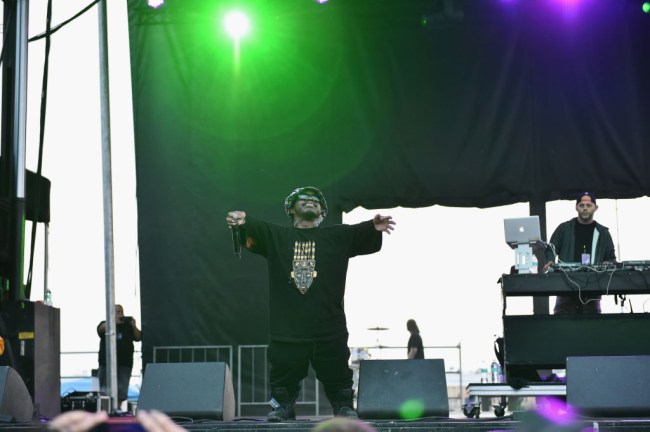 “Bill’s publicist tells TMZ he is “still alive and fighting cancer” in a hospital,” TMZ stated in their update. “She says she spoke to hospital staff to confirm, and says some of Bill’s family members are by his hospital bedside right now. Others are on their way.”

On May 1, 2019, Bushwick Bill, whose birth name is Richard Stephen Shaw, gave an interview to TMZ where he announced his diagnosis. Shaw said doctors found a mass on his pancreas, which the original diagnosis was that it was benign. Then in February, doctors said that the mass was not benign and he had stage 4 pancreatic cancer, one of the most lethal types of cancer. Bushwick Bill began intense chemotherapy.

“It’s not like I’m afraid of dying,” Bill told TMZ. “It’s about life and living life and being there for family… I just want people to be aware so when they set dreams and goals they’re healthy to fulfill and live.”

Bushwick Bill didn’t tell his fellow Geto Boys rappers Willie D and Scarface about his cancer. “I been keeping it to myself, but I’m getting ready to tell Scarface and Willie D,” Bill said in the video. “I’ve only told close family members, that’s about it, but I figured keeping it to myself is not really helping nobody.”

Shaw was born in Kingston, Jamaica, grew up in Brooklyn, New York, and eventually made his way down south to Houston, Texas. Bushwick Bill, Scarface and Willie D started up the infamous Houston rap group Geto Boys in 1988. The southern rap pioneers created such hip-hop hits such as Mind Playing Tricks on Me, Crooked Officer, Six Feet Deep and The World Is a Ghetto. Shaw suffered from dwarfism his entire life and stands at 3 feet and 8 inches.