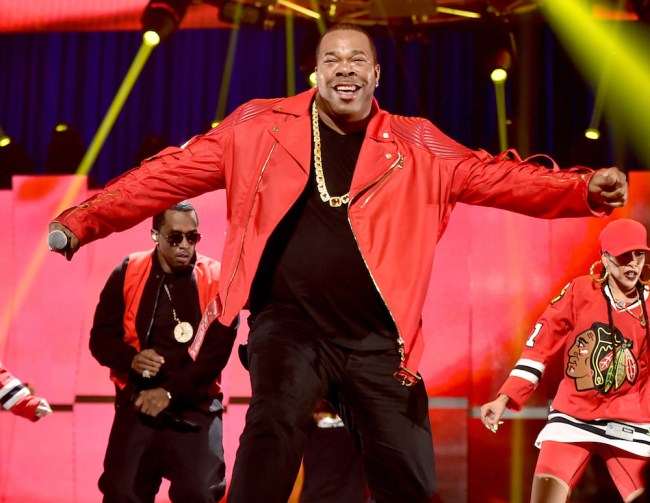 People tend to look the same forever in my mind.

For example, if a person told me to picture Busta Rhymes, the image in my head of Busta is from a Tribe Called Quest video or a random Yo! MTV Raps appearance from childhood.

I picture this Busta Rhymes.

Obviously, people change, but I never imagined Busta Rhymes would evolve into some swole beast or secondary character from a fighting video game.

These days, the 6’1″ Busta is jacked and working out with competitive bodybuilders like Kai Greene.

Greene is an Arnold Classic winner and a three-time contender for the Mr. Olympia title.

“When you think about coasting or doing JUST enough to get by… Remember this.. People are counting on you to help unlock the door to their potential. And when people count on us, we have to live with the result of that. If we don’t pull through and their potential isn’t reached, there is a partial burden resting on our shoulders.

If we make the moments count and offer our best, we are granted that small win inside our soul, knowing we made a positive and unforgettable difference. It’s easy to get caught up in the daily grind, but check yourself!

Are you delivering your best work? Rain or shine, the world needs more people that promise less and deliver so much more.”

Here’s another photo of Busta post-workout.

And a couple of days later, Busta shared moments from an intense upper-body workout.

In the “painful beast out,” as Busta calls it, he and Greene get competitive as they pumped out sets on the flat bench, do some pushups, crush some dumbbell flies, overhead waiter’s curls, and lat pulldowns.

At 48 years old, the rapper and actor looks swole and ready to break yo’ neck.