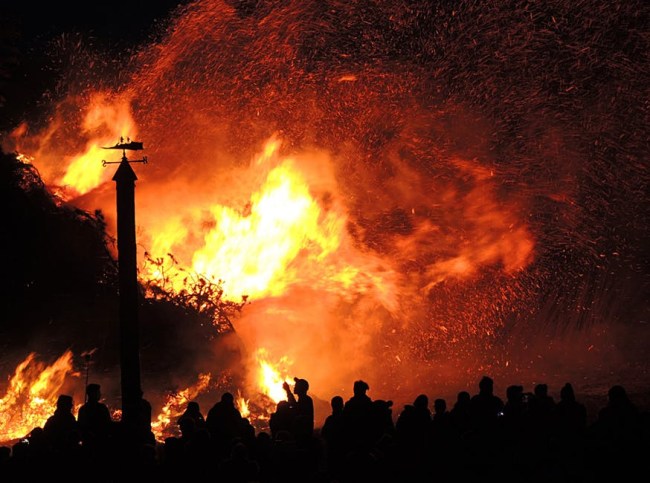 The California fires have been some of the most extreme and damaging wildfires in recent history, with damage to the state leading to evacuations in various cities as the flames make their way inland. Thankfully, the fires have been 98 percent contained at this point, so further damage is, hopefully, no more. Still, the impact is one that has been felt by the entire country with millions of people hoping to lend support in some way.

With an estimated 97,000 acres of the state burned by the California fires, you can imagine it has left quite the scar. Just how bad was the impact of these flames, though? Well, NASA showed a picture from outer space that was taken a couple days ago, November 18, using its Advanced Spaceborne Thermal Emission and Reflection Radiometer (ASTER) — which sits on the space agency’s Terra satellite. Just look at how wild the burn scar is.

The #WoolseyFire in Southern California has left a scar on the landscape so large that it is easily visible from space. Learn how our @NASAEarth satellite data helps recovery efforts:https://t.co/ESlZhrXRiT pic.twitter.com/kD90Ste8QS

As you might imagine, all the brown in the photo above is the area burned, with the green indicating the unburned areas. As for the white and gray, those are buildings or roads, with NASA saying that the colors have been enhanced to look more natural.

According to Cal Fire, the most recent California Fires have destroyed about 1,500 structures, damaged 341 more. It’s also led to about 84 deaths, which makes it the deadliest fire in the history of the state. Just devastating.

There are several ways to help California fire relief efforts, so don’t be afraid to give back and help those who lost so much during this natural disaster. Hey, it’s the season of giving, right?