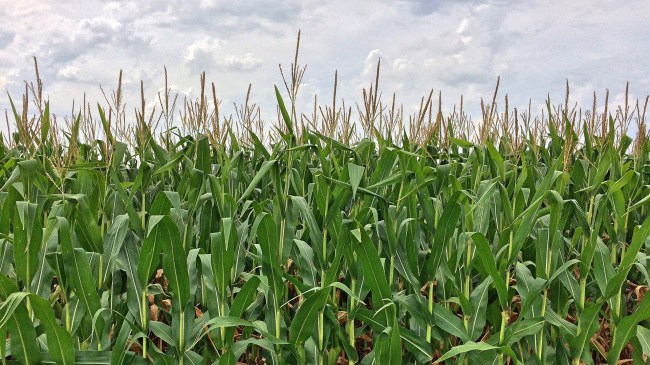 California is well-known for its police chases. No other state’s news departments cover them quite like the Golden State does.

Unfortunately, news cameras were not on hand to capture what is certainly one of the weirdest police chases in California history.

According to Petaluma Police, Ryan Watt, 29, was arrested at the Petaluma Pumpkin Patch, an hour north of San Francisco, around 11 a.m. on Saturday after leading cops on a two-hour chase… through a corn maze.

This corn maze to be exact…

“I’ve been to that maze myself, off duty with kids,” Lt. Ed Crosby told the Mercury-News. “It’s a great place to hide. It’s very narrow. It takes a long time to get through it.”

After setting up a perimeter around the corn maze, officers decided to begin their search.

Worried about getting lost in the complex maze, the officers in chase asked for maps from the farm’s employees. The maps are for visitors, who normally pay $7 each to enter the maze and regularly take as long as 45 minutes to successfully find their way out.

This time, two teams of three officers wandered in, guns drawn, from different entrances looking for Watt. Four other Petaluma officers and two California Highway Patrol officers set up a perimeter around the corn field, while a CHP airplane circled overhead.

None of that helped as two hours later the police still hadn’t found Watt and the officers were about to give up the hunt.

A man suspected of stalking his former girlfriend by attaching a GPS tracker to her car and violating a restraining order was arrested after hiding from police in a corn maze in Petaluma, officials said. https://t.co/vcwrH9IW43

“We worked our way methodically through it,” recalled Crosby. “We covered the whole maze. We couldn’t find him. The aircraft didn’t see any movement. We were getting ready to close it down. Then one of our guys noticed the chicken coop. One of our officers kicked the door in, and there he was.”

So, I guess you could say Watt almost flew the coop, huh? Sorry. Had to.

Watt was then arrested without incident and reportedly booked on suspicion of violating a restraining order, resisting officers performing their duties, stalking, and other charges at Sonoma County Jail with a bail of $250,000