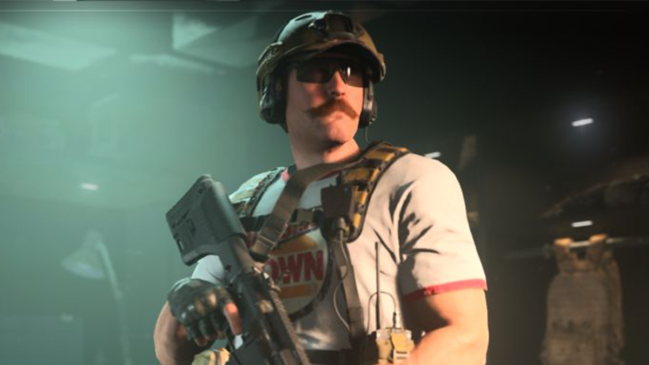 In 2006, video game publisher Bethesda found itself with a controversy on its hands after it released the infamous Horse Armor DLC that gave fans of The Elder Scrolls: Oblivion the chance to drop $2.50 on a purely cosmetic item for a virtual animal in a single-player game.

The fallout looks positively quaint in hindsight, as those kinds of “upgrades” have become the norm thanks to the many, many video games—including Fortnite, Overwatch, and CS: GO (the last of which has a thriving—and fairly lucrative—secondary market)—that rake in absurd amounts of cash thanks to players who are willing to shell out a ton of money on the microtransactions (some of which are better characterized as “macrotransactions” based on how much they can cost) to purchase skins and other items that allow them to customize their character.

While you can simply, you know, just not buy any of these supposed upgrades, there are plenty of people out there who can’t resist the urge to snap up virtual pieces of flair (which are inextricably linked with the wildly controversial loot boxes that have been banned in multiple countries that view them as de facto gambling).

That’s especially true when those items give you a competitive advantage—which may play a role in a new frenzy surrounding the most recent Call of Duty game.

Call of Duty: Modern Warfare II players are dropping more money than they probably should for a Burger King skin 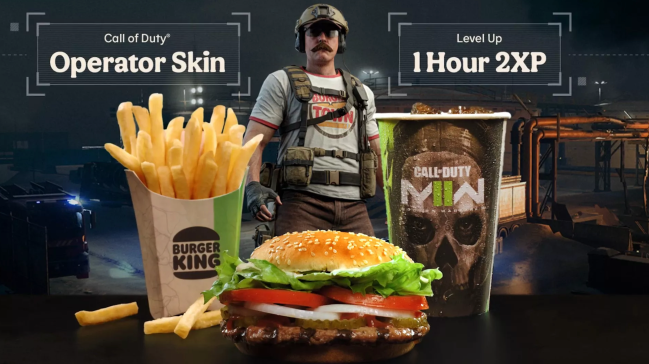 Call of Duty: Modern Warfare II was officially released on Friday, and the leadup featured plenty of tie-ins attempting to leverage the almighty power of Corporate Synergy.

That includes the promotion EA is running after linking up with Burger King, the company that inspired the “Burger Town” logo that first appeared in the original Call of Duty: Modern Warfare 2 in 2009. The fast food giant is selling a Call of Duty Whopper meal at thousands of locations around the globe, which gives players a code they can use to unlock a Burger Town skin that will double the XP they get while wearing it for up to an hour.

The deal isn’t being offered in the United States, and it didn’t take long for some enterprising customers to hop on eBay to take advantage. Many of them got a pretty solid return on their investment, as dozens of codes have sold for between $25 and $40 to people who apparently really, really want to dress up like a glorified Burger King drive-thru worker.