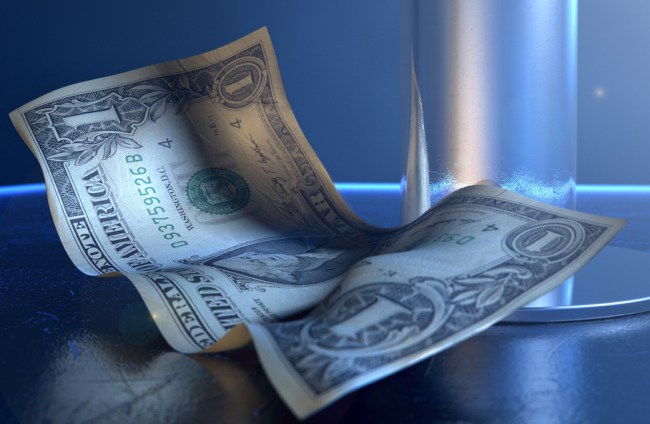 You’d be hard-pressed to find anyone who wasn’t impacted in some way by the measures governments around the world put in place in an attempt to combat the pandemic when they could no longer avoid the reality that COVID-19 was a force to be reckoned with. However, no one bore the brunt more than the tens of millions of people who suddenly found themselves out of work after basically every business deemed “non-essential” were suddenly forced to close their doors.

Employees in the hospitality industry were hit especially hard, and while a number of people stepped up to help—including the hundreds of breweries who made a beer to help raise funds as well as Guy Fieri, who raised tens of millions of dollars to give grants to those who found themselves unemployed—there was only so much they could do in order to mitigate the damage.

Over the past six months or so, there’s been an ongoing (and fairly macabre) back-and-forth about whether shutting down a significant portion of the economy to save lives is worth the short and long-term ramifications concerning the people who’ve lost their income stream. There’s also been plenty of debate focused around the rulings made by officials who some workers believe are making fairly arbitrary decisions about which businesses should be allowed to operate—an issue that Vice recently highlighted when it spoke to a number of strippers in Canada who claim they’re currently being discriminated against.

The idea of operating a strip club in the age of social distancing seems fairly unrealistic but some establishments in the United States did what they could to weather the storm by taking measures to promote health and safety and pivoting to cleverly-named food delivery services after being ordered to close. Establishments in Ontario were also forced to shutter for a few months until given the green light to resume operations over the summer before a club in Toronto called the Brass Rail ruined things for everyone by violating guidelines that resulted in over 500 people being exposed to the virus.

As a result, those in that particular line of work have once again found themselves in a tough situation and many of them have taken aim at mayor John Tory and Ontario Premier Doug Ford for allowing bars, nightclubs, and casinos to continue to operate. Tory says the primary issue is the difficulty of contract tracing, saying some customers have a tendency to leave fake names for fairly obvious reasons. However, owners and dancers who work at clubs that are taking steps to adhere to the guidelines in place are understandably pissed that the government decided a sweeping ban was the best solution as opposed to cracking down on individual businesses who violate them.

In the end, this really boils down to the fact that the entire situation is a clusterfuck and anyone who claims they know the perfect way to handle it is absolutely full of shit. I don’t know what the best solution here is, but with that said, I do know that if a pandemic had happened when Doug’s brother Rob was still in charge in Toronto, strip clubs would probably be in a much better place.