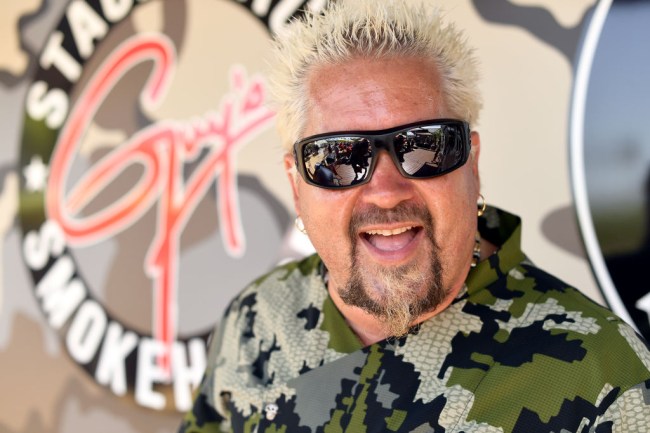 At some point during the past decade, Guy Fieri gradually started to become less of a person and more of an idea, as the man who burst onto the culinary scene in a big way when he won the second season of The Next Food Network Star in 2006 had largely stopped being primarily associated with the kind of creations that had earned him the title in the first place (with the notable exception of one of the most infamous restaurant reviews in the history of The New York Times).

Fieri had initially helped set himself apart with a personality that was as flamboyant as the bowling shirts he regularly rocked but his signature look also made him an easy target for mockery—especially among the many people who felt he encapsulated the restaurant industry’s constant struggle with chefs who are more concerned with style as opposed to substance.

Sure, Fieri still had plenty of diehard fans but many of the people who professed their love for the Mayor of Flavortown did so with a heaping side of irony, as it seemed like much of his popularity paradoxically stemmed from the disbelief that he was ever able to become popular in the first place.

I’ll fully admit to being one of those people, but a few years ago, I bought one of his cookbooks for a project I’m still meaning to get around to and was surprised to discover it didn’t just contain some recipes that were actually pretty damn tasty but some pretty compelling stories about his life that made me begin to appreciate the actual person hiding underneath that glorious head of spiky bleached hair.

Over the past few years, Fieri has routinely proved he’s just a genuinely good dude by repeatedly coming to the aid of people impacted by various crises and the most recent one is no exception, as he announced he was putting together a fund to help restaurant workers shortly after millions of people in the industry found themselves without a job a couple of months ago.

Earlier this week, TMZ caught up with Fieri—who is currently chilling with 400 goats at his home in California—to provide an update on his relief efforts, and he revealed that the Restaurant Employee Relief Fund he established has raised $21.5 million and counting, which has resulted in over 40,000 people receiving a check for $500 to help make these tough times slightly easier.