Rash Of Cancellations, Including ‘Batgirl’ And Other Titles, Sparks Hilarious #HBOMaxJustCanceled Memes 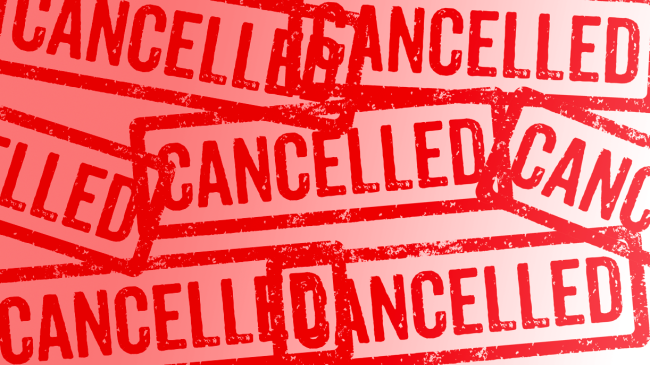 Last week, despite spending $90 million on the production of the Batgirl film, Warner Bros. Discovery decided that it isn’t going to let anyone see it.

That, however, was just the tip of the cancellation iceberg.

HBO Max also removed six films from the service that were labeled as “Max Originals,” including Moonshot, Superintelligence, The Witches, An American Pickle, Locked Down, and Charm City Kings.

There have also been rumors floating around that DC shows and movies Doom Patrol, Titans, Harley Quinn, Constantine and Black Canary could also on the chopping block.

Fans are creating their own hilarious show and movies for Warner Bros. Discovery and HBO Max to also cancel

As it stands, only one new DC feature project currently has a greenlight post-merger: “Joker: Folie à Deux,” which is scheduled to hit theaters in 2024.
…
Writer-director Matt Reeves is on track for a sequel with star Robert Pattinson, but the project remains in development and does not yet have a greenlight — any future film is years away. Several other DC properties have been in development as feature films, some for years — “Wonder Woman 3” (with Patty Jenkins directing), “Superman” (with Ta-Nehisi Coates writing), “Zatanna” (with Emerald Fennell writing) and “Static Shock” (with Michael B. Jordan producing) — but there haven’t been any substantive updates on these films since news of them first broke.

All of that bad news has people taking to social media with their own (made-up) ideas of what other projects Warner Bros. Discovery is planning on giving the heave-ho, including a very special live action SpongeBob SquarePants spinoff starring Dwayne “The Rock” Johnson.

#HBOMaxJustCanceled A Song of Frappuccinos & Expressos: A Game of Thrones Story pic.twitter.com/PPxzviNvt3