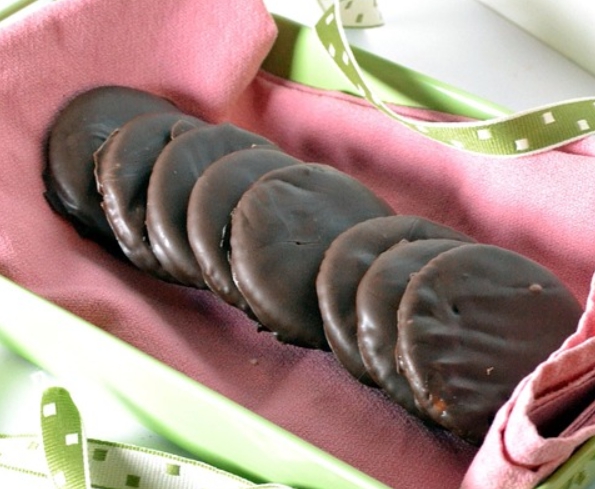 One entrepreneurial girl saw a golden opportunity and seized upon it. On Wednesday, Canada officially legalized recreational marijuana and one savvy 9-year-old set up shop at the hottest spot on the block — a cannabis dispensary. Clever girl.

Canada legalized pot this week and then faced a weed shortage only two days later. The sky-high opportunity wasn’t only an economic boom for cannabis dispensaries for our neighbors to the north, but also for wise Girl Scout Cookie purveyors.

Elina Childs satisfied the munchies of potheads before they even had a chance to get stoned. The 9-year-old sold Girl Scout Cookies outside the Nova Cannabis Store in Edmonton where weed fiends waiting up to four hours to get their first legal ganja. She sold all of the boxes of magical treats in only 45 minutes and raised $150 for her organization in the process.

We've been open for a little over an hour and a half, and the line up is still around the block at #strathcona #yeg #legalizationday #weedwednesday pic.twitter.com/LYTmlorkJ5

Last year, it took Elina two weeks to sell all of her Girl Scout Cookies and she was bitten by a dog as she went door-to-door. “Last year, she got bit by a dog, it wasn’t bad but we were still apprehensive,” Elina’s dad Seann Childs said.

“While driving, we saw how long the lines were at the dispensary, and we just stopped to sell the cookies there,” Seann said. “She didn’t quite understand what the big deal was. She was just selling cookies in her mind, but everyone was so happy to see her, and kept congratulating her.”

This 9-year-old has more entrepreneurial savviness than the creators of MoviePass.

This isn’t the first or the last time that a Girl Scout has sold cookies to marijuana enthusiasts. Three years ago, a Girl Scout sold cookies outside a cannabis dispensary in Portland and it went so swimmingly that the dispensary made a deal that they would offer a special deal on their “Girl Scout Cookies” strain of weed if customers showed up with a box of the cookies in hand.