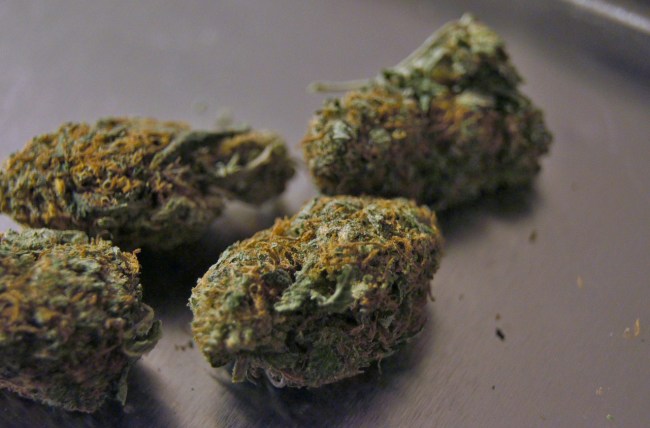 While America’s attitude toward weed is slowly shifting, there’s still a lot of progress to be made.

Unless you live in a state dotted with dispensaries, getting your hands on some of the Devil’s lettuce can be a bit of an ordeal

If you’re lucky enough to have a delivery service, getting weed usually involves texting a guy who claims his name is “Tex” and waiting an hour for him to show up with a couple of different strains (if you’re lucky) before paying more than you should.

It’s either that or you have to visit a sketchy apartment straight out of Pineapple Express.

However, as of this Wednesday, Canadians no longer have to worry about these kinds of problems.

Earlier this year, the country passed a law legalizing marijuana that officially went into effect earlier this week and was expectedly met with much rejoicing.

Celebrations at the @Leafly #Cannabis Legalization party in #Toronto. The ‘bud drop’ was just after midnight, and weed is now legal in Canada. @CityNews @680NEWS pic.twitter.com/cSOJ9Ws3Ak

Unfortunately, not all is well in the Great White North.

According to Vice, Canada is already facing a massive weed shortage just two days after prohibition was officially lifted.

Dispensaries across the country have had to deal with an onslaught of customers and some of them have been forced to turn people away at the door— including one store that reportedly ran out at precisely 4:20 (a.k.a The Weed Number).

Canadians now live in a world where they don’t even have to leave home in order to pick up but many of the websites peddling marijuana products saw their inventory sell out almost immediately as customers flocked to the internet to place their orders.

The article notes most outlets will likely receive new shipments when the weekend rolls around, but based on one study, it could take a while before supply matches demand.

You might want to put that weedcation on hold for a little bit.