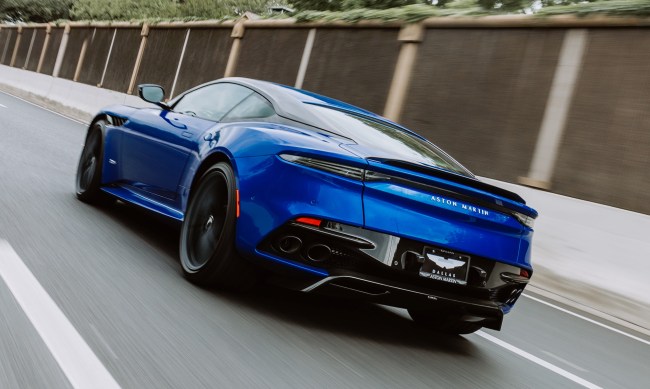 Whenever a notable record or achievement finds itself shrouded in controversy, there are sports fans who will inevitably argue the powers that be should resort to a similar strategy as the small business owners in Portlandia who made a living putting birds on things by throwing an asterisk on the accomplishment in question.

This phenomenon can be traced back to the 1960s when Major League Baseball commissioner Ford Frick toyed with the idea of using the symbol when Roger Maris was on track to break Babe Ruth’s home run record, which he ultimately did by a single dinger in a season where he played eight more games than The Great Bambino did. Since then, the asterisk has essentially become the punctuational equivalent of the word “hipster”; something that is frequently pulled out by people who want to disparage things they don’t like regardless of how valid their argument is.

Thanks to steroids, basically every single baseball record that was broken after 1985 should have a star located next to it but the league has declined to acknowledge it spent decades turning a blind eye to the problem and also seems unwilling to give the Astros the asterisk treatment even though they shamelessly cheated on their way to winning the World Series in 2017.

With sports basically not being a thing over the past couple of months, most records haven’t been in a position to be threatened but there’s one very notable exception in the form of a subset of the car enthusiast community that is being torn apart by debates concerning the legitimacy of the unprecedented times that have been recorded by people who’ve used America’s empty roads to take part in the Cannonball Run.

For the uninitiated, the Cannonball Run is an unsanctioned (and inherently illegal) race where at least one driver sets out to navigate a car from a garage on the east side of Manhattan to a hotel in Redondo Beach, California using whatever route and speeds will get them there in the quickest time possible.

The first “official” race was held in 1971 when a group of guys in a van went coast-to-coast in 36 hours and 47 minutes, a number that gradually declined over the years until a new record was set this April when a crew in an Audi A8 with some fuel tanks in the trunk made the trip in 26 hours and 38 minutes.

The achievement didn’t sit well with people who thought taking advantage of a pandemic was undermining the spirit of the race and argued the record should only be considered if the run is made under more traditional circumstances.

However, it doesn’t seem to bother Ed Bolian, who held the record between 2013 and 2019 and has since become the unofficial adjudicator when it comes to determining the validity of new times.

According to a video released earlier this month, Bolian said another team of people attempting to remain as anonymous as possible has already broken the aforementioned record, saying they averaged at least 107 MPH in a trip that took less than 26 hours. However, they aren’t the only ones capitalizing on virtually barren highways, as a total of seven records—including solo, diesel-powered, and there-and-back-again trips—have been broken in the past five weeks.

Bolian didn’t specify the exact record-setting time but says he believes it’s just as legitimate as all of those to come before it and it appears the people who were in the car are planning on unveiling the official number in a documentary about the adventure.

I can only hope they’re ready for the army of angry illegal racing purists who will angrily smash the thumbs down button on YouTube as a form of protest.