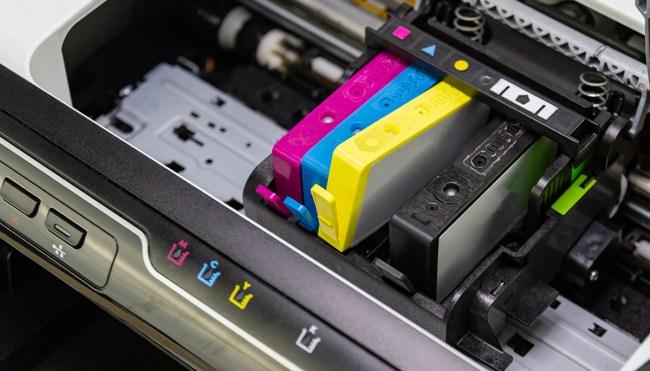 I can’t even count how many different computer printers I purchased over the course of a decade before finally pledging I’d never buy another one again thanks to a combination of incredibly shoddy quality and the absolutely insane price of ink cartridges boasting the most frustrating technology known to man.

I finally reached my breaking point on a day when I attempted to print a black-and-white document while on a deadline and was informed it somehow wasn’t possible because I didn’t have enough cyan on hand, which was not only patently absurd but seemingly impossible when you consider I’d never used it to produce anything in color.

Now, there may be a logical explanation for why ink is so expensive, but the same can’t really be said for why many companies force you to shell out for the cartridges they produce thanks to measures that prevent customers from using those made by a third-party.

Those companies will likely tell you there’s a method to that madness by claiming other manufacturers can’t match their quality, but anyone who doubted that argument will probably be incredibly vindicated by the fallout of a chip shortage that faced one of them to make an admission that’s as infuriating as it is obvious.

According to ArsTechnica, Canon has become the latest in a long line of corporations that have fallen victim to a worldwide chip shortage stemming from issues that have made key electrical components increasingly difficult to acquire.

As a result, it’s been forced to roll out chipless toner cartridges for certain printers and subsequently inform customers in Germany how they can hack the devices to override the built-in protections (it also admitted there will be “no negative effects on print quality” as a result).