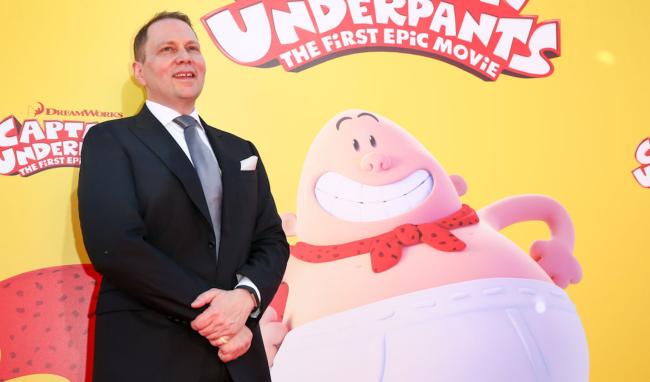 “Captain Underpants” is the latest children’s book under scrutiny as a specific book from the popular graphic novel series is being pulled from library and book store shelves after its publisher said it “perpetuates passive racism.” The author of the book, Dav Pilkey, has apologized, saying it “contains harmful racial stereotypes” and is “wrong and harmful to my Asian readers.”

“I hope that you, my readers, will forgive me, and learn from my mistake that even unintentional and passive stereotypes and racism are harmful to everyone,” Pilkey wrote. “I apologize, and I pledge to do better.”

The specific book under fire is “The Adventures of Ook and Gluk” which was published in 2010. The premise of the book is two friends traveling from 500,001 B.C. to the year 2222 where they meet a martial arts instructor who teaches them kung fu and principles of Chines philosophy.

While libraries and book stores are pulling the books from shelves, Scholastic has pulled the book from its websites, stopped taking orders for the book, and is even seeking a return of all inventory, according to a statement from the publisher.

Pilkey has posted a YouTube video saying that he plans to donate his advance and all royalties from the book’s sales to groups dedicated to stopping violence against Asians and to promote diversity in children’s books.

‘Captain Underpants: The First Epic Movie’ was released in 2017 with Kevin Hart, Ed Helms, Nick Kroll, and Jordan Peele all starring in the animated superhero comedy.

“Captain Underpants” is following a similar path that the estate of Dr. Seuss took in early March when it said that six of his books would no longer be published stating the books “portray people in ways that are hurtful and wrong.” The Dr. Seuss works were essentially canceled due to accusations of racist imagery.

Following the Dr. Seuss news, his books sky-rocketed up Amazon’s best-sellers list. Earlier this month, 20 of the Top 25 selling books on Amazon in the United States were Dr. Seuss books.