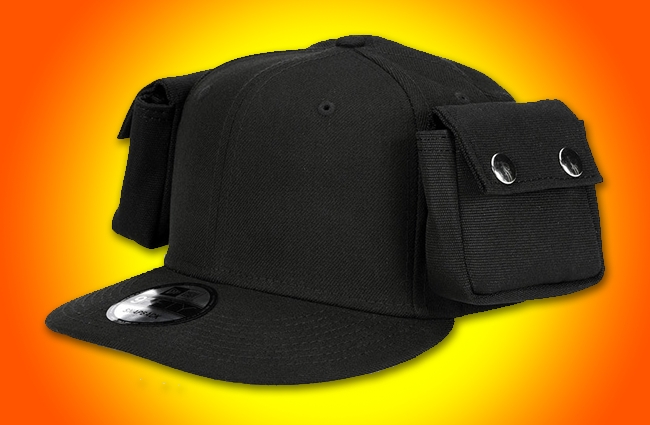 There are plenty of reasons I’m absolutely petrified of bringing a child into the world but my biggest fear about becoming a dad is knowing that you’ll wake up one day to discover all of the shoes in your closet have been replaced by chunky white New Balances, your sock drawer is exclusively stocked with tube socks, and your wallet is an inch thicker than it was before you went to bed thanks to the sudden addition of a dozen credit cards issued by various box stores with a promotional interest rate you just couldn’t turn down.

Of course, no Dad Uniform is truly complete without the pièce de résistance that lets you tell the world you’ve officially stopped giving a shit without having to say a word: a pair of cargo shorts.

Based on what I’ve observed, it seems like the general male population has an interesting relationship with cargo shorts that typically involves wearing them almost exclusively in middle school—even in the dead of winter—before gradually phasing them out by the time they hit college. They’ll usually go on to spend the bulk of their 20s attempting to atone for the sartorial sins they committed in their younger years before eventually gravitating back to them after accepting they’re Officially Washed, and at that point, they’ll begin to value function over fashion a bit more with each year that passes—a process that accelerates at breakneck speed when parenthood arrives.

Here’s a graph I put together to illustrate this phenomenon that hopefully makes it a bit easier to digest. 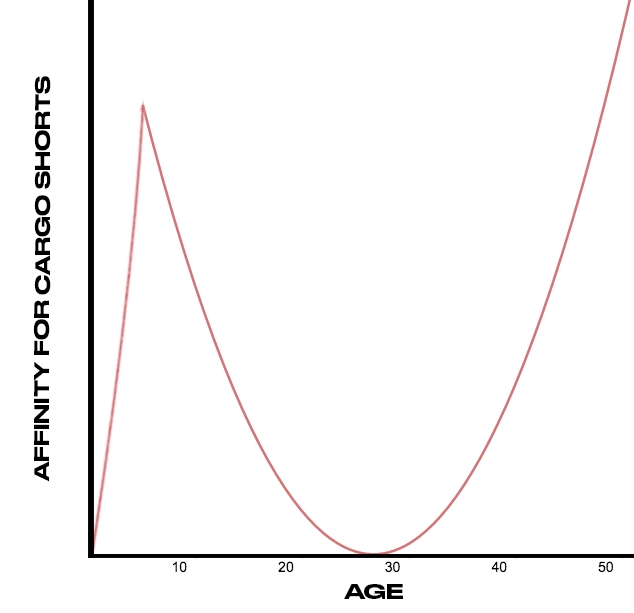 As I mentioned, showcasing a piece from the collection of cargo shorts you’ve amassed while crushing sales at Old Navy whenever you go out in public is a great way to make it clear you’ve given up on life. However, if you really want to drive that point home, you’ll want to add the pinnacle of practicality to your wardrobe in the form of the ones with zippers that allow you to convert them into pants (although you should be warned you’ll feel an increased urged to get way too into fly fishing every time you don them).

While those convertible duds may be hard to top when it comes to communicating the nonexistent amount of fucks you give about your personal aesthetic, the world is now home to a new innovation that gives them a run for their money courtesy of streetwear designer TOMBOGO, which has teamed up with New Era to turn the headgear game upside down by unleashing the Cargo Cap on an unsuspecting world. 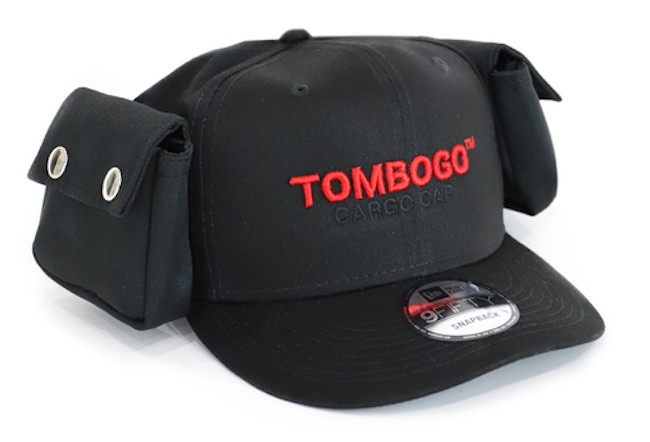 The baseball hat features two detachable pockets, meaning you can stash a pair of foldable reading glasses on one side and pull them out whenever you need help reading the tiny font on the flip phone you’ll now be able to store directly next to your Bluetooth headset for unprecedented latency efficiency.

In addition to the branded version pictured above, you can also customize your own lid on StockX, and while you’ll have to drop at least $120 to get your hands on either one, I’d argue you can’t really put a price on this kind of pragmatism.