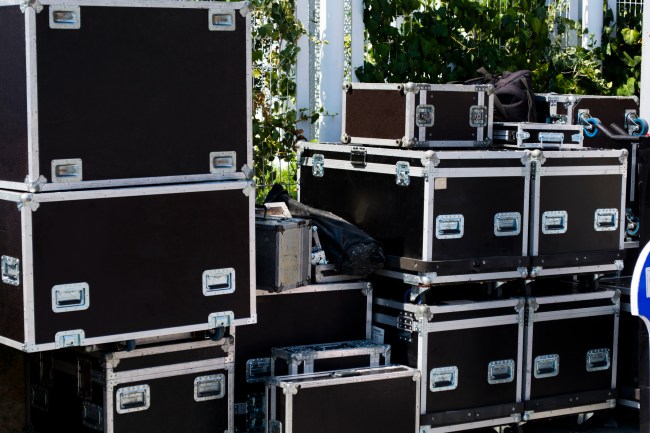 French businessman Carlos Ghosn was previously the CEO of Michelin North America and Renault and most recently he was Chairman and CEO of Nissan and Mitsubishi Motors before his whole world came crashing down. He was arrested in Japan in November 2018 over ‘allegations of false accounting’.

What would later come out were reports that Nissan was paying tens of millions of dollars in houses + travel that masked his total compensation and this accounted to somewhere in the realm of $80 million in compensation that went unaccounted for in addition to a reported $140 million in ‘retirement compensation’ that wasn’t publicly disclosed according to Forbes. There were also embezzlement charges that were settled with the FEC for $16 million.

What happened next sounds like the subplot of a potential Oceans 14 film. While on house arrest in Japan awaiting trial for the embezzlement charges, Ghosn allegedly enlisted the services of former paramilitary officers to pose as musicians, enter his apartment, smuggle him out using a concert equipment box with air holes for breathing, and then transport him to multiple countries via private jet.

Check out this report from the NYPost detailing Ghosn’s outrageous escape from Japan while awaiting trial and tell me this wouldn’t make a better Hollywood film than most of the sequels they have planned for this year:

The disgraced former auto giant allegedly had the military team pose as musicians when they entered his tony apartment, lugging instruments and carrying equipment with them. The ex-soldiers then stashed him in the large black and silver-metal box to avoid raising alarms as they nonchalantly carried him out of the pad in it and transported him to an airport in Osaka, Japan, law-enforcement sources have said, according to reports.

The concert-equipment crate was later discovered empty inside a private jet at the Ataturk Airport in Istanbul, Turkey, sources told the Journal. That’s where Ghosn had been been flown from Japan, before being transferred to another business jet and finally taken on to Beirut, Lebanon, where he remains.

The FT has a picture of the box in which Carlos Ghosn was apparently wheeled onto a private jet and whisked out of Japan. Absolutely fantastic, need more wealthy men in boxes. https://t.co/YS08iWdofH pic.twitter.com/rRvT4wTNLu

According to the Wall Street Journal, the large black box that’s typically used to haul concert equipment had air holes drilled in the bottom so that Brazilian-born Carlos Ghosn could breathe as the former paramilitary officers were carrying him through security at the Kansai Airport in Osaka, Japan.

Carlos Ghosn was facing trial in Japan for financial crimes, but escaped the country last week and traveled across the globe to Lebanon. How do you do that?

Well, it involves hiding in a road box and private jets. Here's some maps of the route he took.https://t.co/ul0SwTN8j4 pic.twitter.com/oHjV2lxDch

Based on reports, he was smuggled out of his house around 2:30 in the afternoon by the guys posing as musicians. 2-hours later he was then taken by high-speed train to Osaka (300 miles away) where he arrived at 7:30pm. By 10pm, the box is through airport security. It departed Japan around 11:10pm and made its way to Ataturk Airport in Istanbul by 5:12am on December 30th. According to the timeline in that tweet above, less than an hour later he was transferred to a smaller plane and flown to Beirut (he has Lebanese ancestry).

This is some serious ‘fuck you, I’m obscenely rich and you can’t catch me’ action. I can’t even begin to imagine how much money this man has stashed away but whatever the fortune is, it was enough to hire a team of badass former paramilitary officers and private jets to evade capture across multiple countries. Now that he’s in Lebanon, I cannot foresee a world where he ever faces trial in Japan but only time will tell.

For a full rundown of just what the hell is going on here, you can click here to visit the Wall Street Journal.