Carl’s Jr. Is Raffling Off Some FIRE Sneakers Inspired By Its Burgers For An Awesome Cause 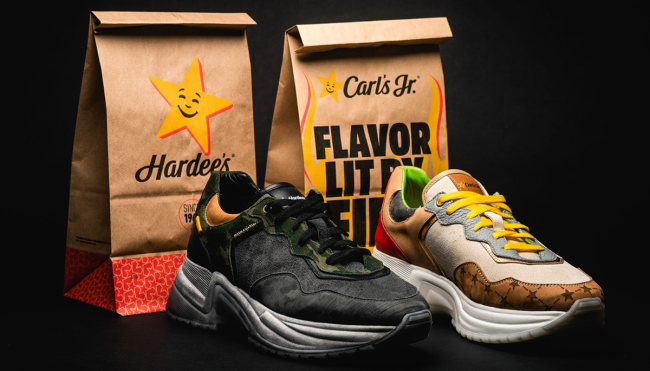 In recent years, more and more Brands have violated the Golden Rule Ian Malcolm outlined in Jurassic Park by doing things just because they could without stopping to ask if they really should.

This lack of restraint has led to the creation of a number of products that exactly zero people asked for before they were unleashed upon the world, including the mustard ice cream French’s churned up and the shot Oscar Mayer fired in return when it rolled out an ice cream sandwich featuring that flavor while incorporating some hot dogs for good measure.

It would appear producers of frozen dairy treats have an affinity for fairly unexpected collaboration, as Ben & Jerry’s also teamed up with Nike last year to design some custom kicks that people actually wanted to get their hands on. I don’t know if the same can be said for the fried chicken-scented Crocs KFC dropped a couple of months later, but based on the prices they were going for on the secondary market, there were plenty of people who wanted to cop them.

Now, Carl’s Jr. has decided to get in on the action, as the chain recently teamed up with Dominic Ciambrone—a.k.a “The Shoe Surgeon”—to produce two unique pairs of the burger-inspired “Angus Kicks” that are being raffled off for a military-focus charity at $10 per ticket. 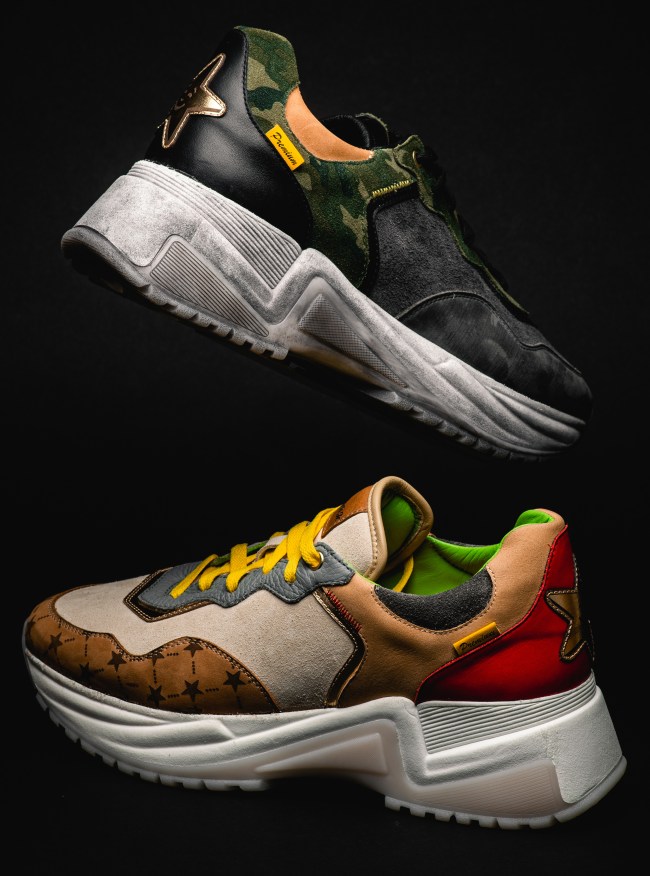 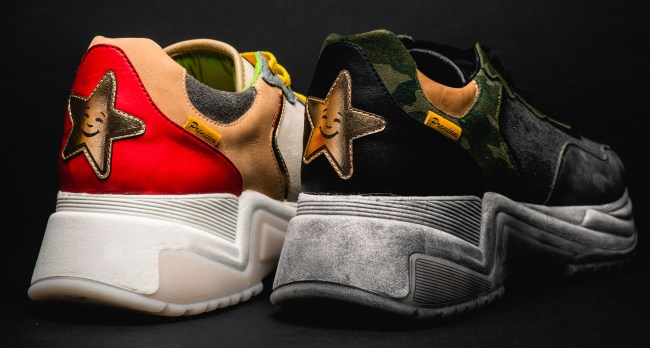 Unlike the aforementioned Crocs, I think most people would be more than happy to wear these in public, as I’m pretty sure they’re what kids these days refer to as “lit” or use multiple fire emojis to describe (which is particularly appropriate when you consider the sneakers were made to celebrate the return of the charbroiled Steakhouse Angus Thickburger.)

This drop might be hotter than the flames the patties are cooked with.