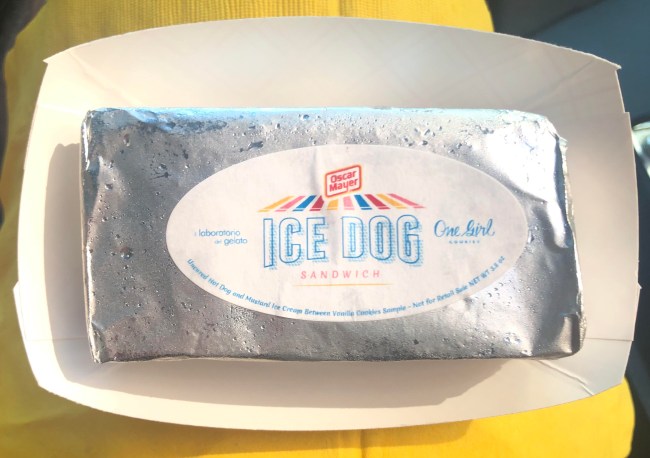 A couple of weeks ago, I instinctively vomited in my mouth a little bit when French’s announced it was celebrating National Mustard Day with an ice cream inspired by the condiment because some people just want to watch the world burn.

I scream, you scream, wait.. mustard ice cream? Yes, and it's delicious! We partnered with @Coolhaus for #NationalMustardDay on 8/3 to bring you mustard like you've never had it before. Follow the link in bio to learn more.

The announcement came shortly after yet another arbitrary celebration in the form of National Ice Cream Sandwich Day, a day on which Oscar Mayer announced a monstrosity of its own in the form of an ice cream sandwich containing actual hot dogs and its interpretation of mustard ice cream.

#NationalIceCreamSandwichDay has never seen anything as delicious as this. Want to try the finest hot dog ice cream ever? It's coming to NYC the week of 8/12 🍦🌭 pic.twitter.com/6pk6p8RfFo

I consider myself a pretty adventurous eater so I decided to take the plunge when French’s rolled into New York City to peddle its wares and was pleasantly surprised by how not gross it actually was (although I won’t be picking up a pint any time soon).

When I heard Oscar Mayer was also making its way into the city, I reached out to the company to see if I might be able to get my hands on one and was greeted with an invitation to fulfill a lifelong dream by taking a ride in the hallowed Wienermobile to get a taste. 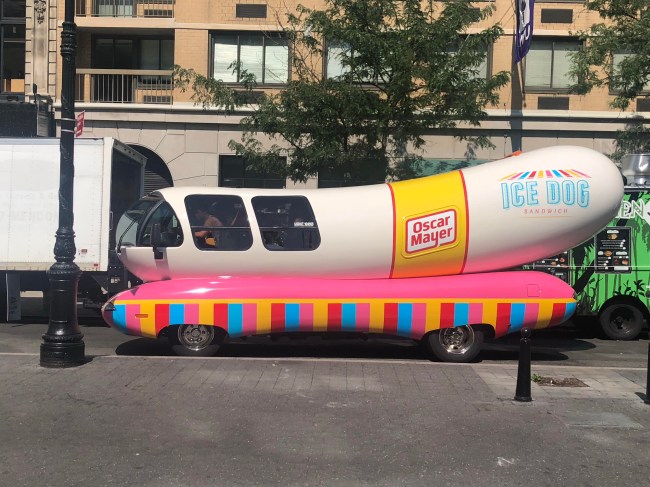 I arrived in Manhattan and was greeted by a horde of people snapping pictures of the Wienermobile in addition to a guy who introduced himself as “Meat Man Mitch,” who would be serving as my driver during my journey.

The mere prospect of having to navigate the streets of New York City in a 27-foot-long hot dog was enough to give me anxiety but he told me he (and the other people tasked with driving one of the six Wienermobiles scattered across the country) had spent two weeks in boot camp learning to navigate the vehicle through a variety of obstacles and conditions, making him a braver man than I’ll ever be.

After boarding, I was handed the frozen “treat” that had brought me there, 500 of which had been handed out in the span of 20 minutes the prior day before the supply was exhausted. 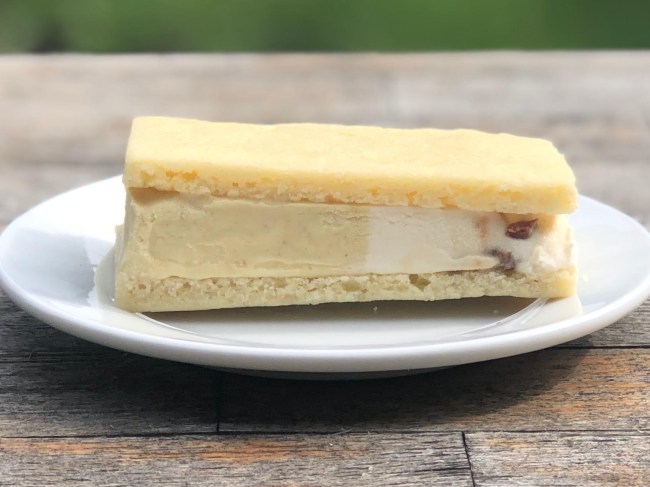 If you’re curious, here are the specs:

I gazed out the window as we traversed the streets of the city while slowly building up the courage to take a bite before doing exactly that, choosing to start with the mustard side to see how it measured up to the ice cream I’d tried at the start of the month.

French’s opted for a more subtle taste but Oscar Mayer’s take on mustard ice cream leaves nothing to the imagination, as the bite immediately lit up both my tongue and my nostrils. It was a bizarre mix of sweet and tangy, and while it was definitely as advertised, I don’t know if I’d necessarily classify that as a good thing.

I did what I could to cleanse my palate by attacking the other half, which promised to hit me in the mouth with hot dog flavor but (almost thankfully) never did.

“Sweet” was the operative word when it came to the hot dog-infused sweet cream and the candied bits seemed to be largely undetectable. I did pick out a couple to try on their own, and while they weren’t exactly popping with flavor, they were mercifully palatable and slightly reminiscent of bacon bits (albeit without the smoky flavor).

As for the cookie “buns” that sandwiched the sandwich? They were probably the highlight of the experience, and while there was nothing especially unique about them, they were pretty damn tasty.

I’d only eaten about half of the concoction before the ride came to an end, which was about as much as I was going to be able to tolerate thanks mostly to the mustard gelato, the taste of which refused to stop lingering despite my best efforts.

So what’s the final verdict? You’re not going to find hot dog ice cream sandwiches in stores any time soon, and if you could, I can’t imagine you’d ever be able to make it through a full one.

With that said, I’m only one man with one opinion, so if you want to get a chance to sample one for yourself, you can try your luck by following the instructions in the following tweet.

Thanks for having us NYC! If you missed your chance to grab an Ice Dog Sandwich, no worries 🌭🤘🍦Tweet #OscarMayerIceCream + #Giveaway to enter for a chance to win a box of Ice Dog Sandwiches. 🙌🙌🙌 NoPurNec 18+VoidWhereProhib. Rules @ https://t.co/JAU8nnhCpa pic.twitter.com/iIlFcslHwY

I wish you (and your taste buds) the best of luck.