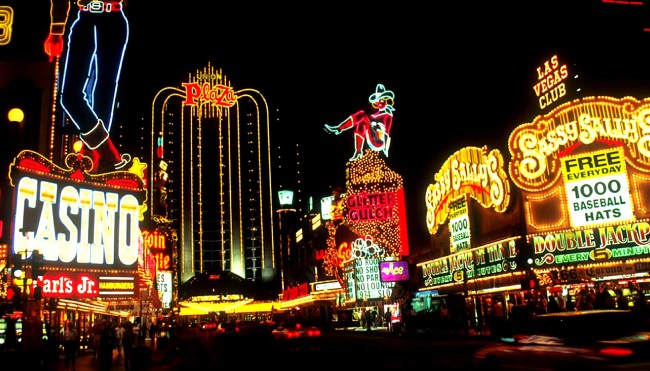 Just guessing here, but I would imagine that working in a casino would be one of the more depressing jobs you could have unless you were in the upper level of the business. The average casino worker spends hours surrounded by the lights and unyielding noise of the slot machines, with no windows to the outside world, and are in constant contact with so many people desperately gambling and trying to win money who inevitably lose everything they’ve wagered. Depressing.

So when I saw a Reddit thread that asked casino workers to share the saddest moments they have ever witnessed, I figured it was going to be filled with some seriously bummer sh*t.

A former poker dealer at a casino shared a particularly horrible story that will certainly test your faith in humanity.

An older gentleman started to have a heart attack at the table. I called the floor person for assistance with the call button. Paramedics are rushed in etc. all within minutes. I’m this instance I am instructed to keep the game rolling by the floor person as he whispered in my ear.

Two hands are dealt and played and a player at the table requested the heart attack guy get moved somewhere else as it is disrupting the game. Another player asked to have his chips picked up and call for the “open seat” because “we have a wait list.”

I’m disgusted just reading about it.

A former valet at a casino tells this story…

The amount of daily regulars who drove barely functioning vehicles full of trash, roaches, and rats who would actually valet their car and go gamble away any money they had to their name was honestly depressing.

The saddest I remember was a 90+ year old lady who drove a 91 corolla and when we got in her car we realized she had no power steering fluid at all and her steering wheel would barely turn. I have no earthly idea how her frail arms could turn it. We went and bought her some before she left that evening.

Here are a couple of more typical stories…

During my 8 hour shift a gentleman won $15,000 on a slot machine. Punched out at end of shift and had the next two days off. Returned to work after my weekend to find the man still sitting at the same slot machine. He had been there for 2+ days losing $15,000.

That is the definition of sad.

There were these two middle aged Greek or Cypriot ladies who were ALWAYS on the slot machines, every day when I started my shift they were they and they were there when I finished 10 hours later. And still there in the same clothes the next day oftentimes. They were SUPER nice and always polite to the staff. One day they hit the jackpot and win big, I think it was either £15k or £45k, it was a good few years ago now.

Everyone was overjoyed for them – except the managers obviously. Well the managers then gave them free meals at the restaurant and an open bar tab until every single penny of that money was clawed back into the casino.

This next one is pretty disgusting, but the comments that follow are even worse.

My mom works as a dealer at a casino and has told me multiple stories of grown men wearing adult diapers at the table so they don’t have to leave to use the restroom.

Comment: As a Vegas regular I can attest it is orders of magnitude worse when they do not wear the diapers.

Comment: Oh totally. I worked at a casino in FL for a few years and saw a lot of these people. One guy sat at a slot machine for over 24 hours just pissing in his pants. There was so much piss on the floor that the casino eventually called the Seminole Police Department to come get him. I was just outside the doors when they were escorting him out and I heard him ask, “Why the hell do I have to leave?” The SPD officer replied, “Sir, you’ve urinated in your pants numerous times.” The guy then yelled out, “So what! I own these pants! They’re my pants to piss in!!!”

“They’re my pants to piss in!” is my new mantra. Also, I will never sit at a slot machine again for the rest of my life. 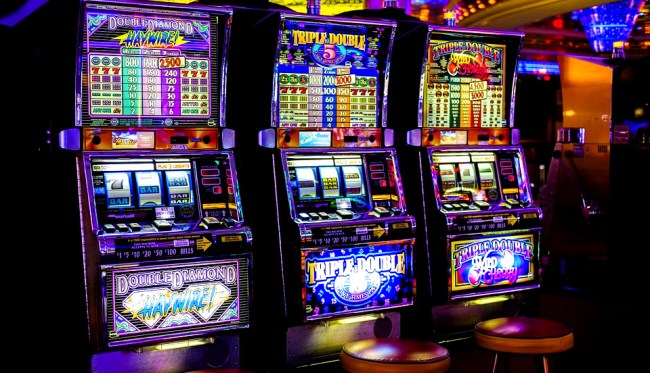 Here’s one filled with some timely holiday cheer…

It’s been about 15 years, but I worked in one for about 4 years.The one that stands out was a woman who came from the country to the “big” city to get X-Mas gifts for the whole family (including young kids who still beleived in Santa and all of that), but spent all of the Christmas money at the casino before going to the mall.

As one commenter who works in surveillance so astutely pointed out, “Casinos don’t invite the best kind of people.” Here’s an example of that.

We had to evacuate and close down for the rest of the day due to a burst pipe causing no running water. When I walked outside there was an elderly lady throwing a legit tantrum in the parking lot, she was on the ground kicking and screaming, her screams sounded like something you’d expect from someone who’d just lost a family member, not someone who had to leave the casino for a few hours. I left but some of the security who were dealing with her told me later she was too upset to drive home and they had to call a family member to pick her up.

And finally, just in case you still had the slightest shred of hope left for society.

I did casino security for 3 years before I became a police officer. Had a Code M (medical) early early one morning, around 4 or 5am. Old guy in his 80’s passed out and fell out of his chair, wife sitting next to him. I was the first to get to him, did a quick assessment and found he didn’t have a pulse, immediately started CPR. The old lady looked over and said “oh he does this all the time, don’t worry about him.” Between chest compressions, I told her he wasn’t breathing and she just kept playing her a lot machine. She didn’t miss a spin even when the paramedics took him away. I saw her again the next night and asked how he was doing. With the straightest face ever, she said, “oh he never woke up. I’m sure he’s in a freezer by now”… and went right back to the same machine she was playing the night before.

By the way, I left out the most depressing stories, if you can believe it, so if you feel like checking those out, please feel free to click here.