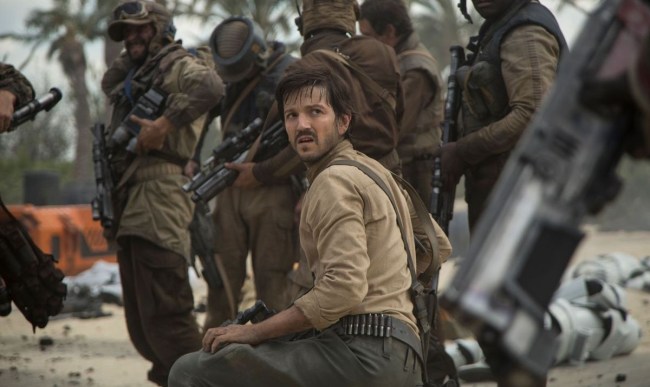 Similar to the Ewan McGregor-starring Obi-Wan Kenobi series, the upcoming Diego Luna-starring Cassian Andor series — which was originally slated to begin filming in June — has reportedly been delayed due to “script issues.”

The Disney+ and Star Wars show ‘Cassian Andor’ will see its production pushed back following more script issues.The series was set to begin filming June, but that start date has been removed from the calendar and a new one has yet to be set. However, just a week ago, Diego Luna, who plays the titular character, stated filming will begin this year. [via Geeks WorldWide]

While reports surrounding the Obi-Wan delay shed some light on the rewrites — the original scrips were reportedly too similar to The Mandalorian‘s story — there’s currently no indication of why the Cassian Andor script need further polishing. In addition to Narcos: Mexico star Diego Luna, Alan Tudyk will also be reprising his role as K2-SO, the dry-sense-of-humored droid from Rogue One.

Due to the massive success of The Mandalorian and similar to the upcoming Obi-Wan series, the hype for the Cassian Andor series is high, especially around these parts, as I consider Rogue One to be the best Star Wars movie outside of the originals. In fact, as I just wrote on this website just yesterday, it wasn’t until seeing that I finally understood why the galaxy far, far away was so beloved by generations of fans.

Despite not having an official title or release date, the project will likely remain a priority for Lucasfilm and Disney considering how well-received The Mandalorian was.

RELATED”: ‘The Mandalorian’ Season 1 Review: This Is The Way For The Future Of ‘Star Wars’