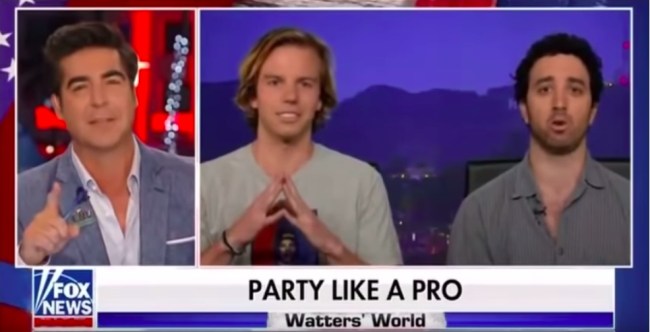 Chad Goes Deep may look like the human manifestation of bong resin. They may dress like Andy Dufresne post-Shawshank. They may talk like guys you’d never want to ask for directions.

But when you cut through all the theatrics, tomfoolery, shenanigans, and ballyhoo, Chad and JT are bravely tackling concerning issues that plague bros today by putting the ‘grass’ in grassroots.

Just to name a few of the causes the dank duo, who self-admittedly gets “stoked off civic duty,” has activated for thus far:

Sadly, like most civic icons, it will only be after they’re gone and buried that we will truly be able to parse out Chad and JT’s impact on the world.

It appears as if Jesse was a bit offended over this particular cause, which would seem to indicate that he has a baby carrot. A pencil eraser. A vienna sausage. A microshaft. A centimeter peter.

The mere fact that I’m using these terms in a derogatory manner shows just how much ignorance on the issue I must overcome. I apologize to Jesse Watters and his baby thumb. Thank you Chad Goes Deep for the education.