I Challenged Myself To Live On Just $1,500/Week In NYC, And The Results Were Startling 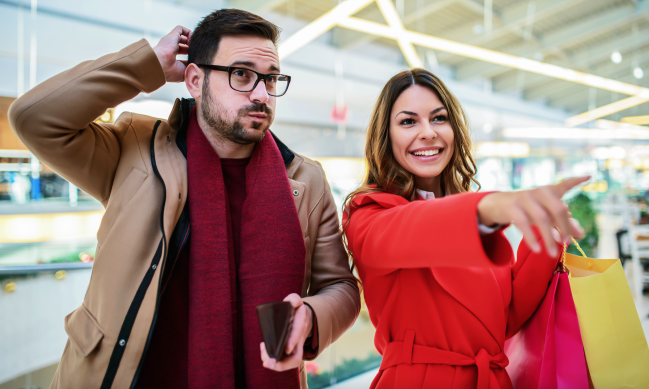 It’s no secret that New York City is one of the most expensive cities in the world. I’ve lived in New York for 10 years now, and every New Year, I resolve to spend less frivolously—to cut back on wasting money and endeavor to buy only the things that bring me great joy or are essential to my life. I’ve never read Marie Kondo’s books but I reference her as though I have. Her theories have guided me towards a more spartan outlook on my finances, and even though I possess the vaguest understanding of her philosophies, I consider her a role model and friend.

Taking a page out of Marie’s books, I set the goal of living off just $1500 in the first week of 2021. This means I could spend an average of $214.29 per day. I knew it would be a huge challenge, but given that so many of New York’s entertainment hotspots and restaurants are currently closed due to COVID, I figured now would be a great time to test my financial restraint. Would it be possible for me to get by in the big apple on such a shoestring budget?

When it comes to saving money, the most important thing to do is to get your groceries at the start of the week. Don’t wait until Wednesday or Thursday to stock your fridge. So many young people in New York get lazy and resort to ordering delivery from Seamless or Caviar. It’s always tempting, given the plethora of delicious delivery options and the hassle of cooking dinner and cleaning up the kitchen after. But I find that cooking and eating my own food is the single biggest place to save money.

Good start to the week. A Whole Foods run + my monthly Spotify subscription = $201.44

Woohoo!! Crushed it today. Had to fill up the car with gas, which is obviously essential. I also bought a $5.99 quad half-caff oat milk lattë, but the thing is, I didn’t even want it; I just had to use their bathroom in a HURRY. In fact, I rushed in to this coffee place and declared, “I’m going to buy tons of stuff, but may I use your bathroom?” Sensing the urgency, they pointed the way and let’s just say it felt like those stories of mothers giving birth in cabs because they don’t make it to the hospital on time. I don’t even think I put the seat down. Thank God I do core exercises.

After turning their bathroom into a third world country, I purchased my coffee out of guilt. Buying your coffee every day is an indulgence that you should try to avoid. It may not seem like much, but $6/day leads to $42/week leads to ~$183/month. That’s your Wifi + Cable bill, or your gym membership. Instead, invest in a good coffee machine and make your coffee at home. You just might find the process (and the lighter credit card statement) soothing.

Later that day, knowing I was well inside my budget, I bought a $12 bottle of fresh squeezed orange juice. Of course it’s cheaper to buy pasteurized, factory-brewed OJ. But given that it’s cold and flu (and you-know-what) season, I wanted the extra strength of fresh squeezed juice. Allow yourself a treat here and there, but know you’ll have to sacrifice in other areas if you do.

Unfortunately, New York reared its expensive head on Sunday. The first Venmo payment is to my bookie because I took the Cowboys -1.5 against the Giants, and somehow the Giants won the game? lol. The second is also a Venmo payment to my bookie on the 4PM Bears-Packers game where I planned to not only make back my money from the first game, but also to win the $100 I had originally hoped to put towards a sushi order that evening.

Unfortunately, these gambling losses led to this:

Those are back-to-back ATM withdrawals, given that the machine had a $200 limit. My Xanax dealer responded to my SOS text saying he could handle a bulk order, so I purchased $400 worth of xanxibars to untie the pit of despair in my stomach. Honestly I didn’t have a choice. It was either that or face an evening of cold-sweat-drenched anxiety, shivering under my weighted blanket, knowing that tomorrow is the first Monday of 2021 and I’m already down $330 because Mitchell Trubisky, despite looking the part, is a spineless pirate dementor who sucks the happiness out of life.

The silver lining was that the Xanax put a damper on my appetite, and instead of the sushi order, I chewed ice cubes for dinner. Simple tricks like this can really help cut down on spending.

We’re almost halfway through the week but I’ve still got about $500 left in my budget. It’s going to be tight, but I think I can do it. I just have to be very conscious of my spending and not make any impulse purchases. 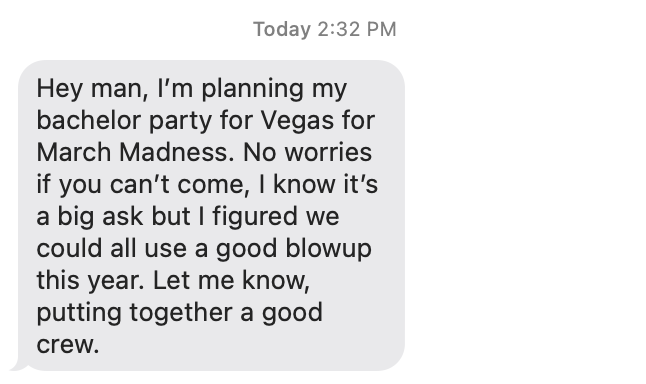 Unfortunately, the flight to Vegas put me over my $1500 weekly budget because I upgraded to premium economy for the leg room. But my friend who sent me that text is one of my closer 10 friends, and wedding duties are just one of those areas of life where you suck up the cost, bite the bullet, and try to have fun.

In sum, I failed. Clearly, $1500 is an unrealistic budget for anyone living in New York City with a social life. At least I have a better understanding of where I spend my money. And as Warren Buffet says, “Don’t save what is left after spending; spend what is left after saving.”