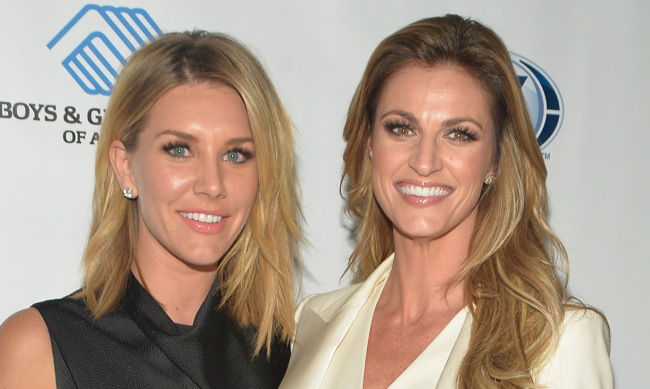 If you don’t listen to the Calm Down podcast hosted by Erin Andrews and Charissa Thompson you are missing out on a lot of very hot takes and several super strange stories.

From rants about unruly airline passengers and a-hole reporters to a near-death experience Erin went through and how Charissa lost her virginity, it’s a wild ride of a show.

This week was no exception as Charissa and Erin once again kept it 100.

The first notable clip to come out of this week’s show involves the little packs of jelly you get at a restaurant when you order breakfast.

“Oh, I hate grape,” Thompson responded, sparking quite a debate.

“I’m looking for a raspberry, number one on the power rankings,” Charissa Thompson continued.

“I disagree,” Andrews said, adding that she thinks the “gross mixed fruit one” is the jelly no one uses.

“I can’t do the grape, the mixed fruit or the citrus. Strawberry or raspberry, give it to me all day,” Thompson concluded.

Grape Jelly?!? 🍇 ABSOLUTELY NOT!! – @CharissaT is only down with strawberry or raspberry. @ErinAndrews is out on mixed berries 🙅🏼‍♀️
What are your favorite and least favorite jellies?! 👇 pic.twitter.com/WjOpSVNO38

— Calm Down with Erin and Charissa (@calmdownpodcast) January 17, 2023

Naturally, anytime a discussion turns to food and what is the best/worst people had opinions.

Grape is like the “Walmart” of jellies. Strawberry is definitely the “Target” of the jellies!

The ladies weren’t done there with their strange tales.

At another point during the show, Erin Andrews was answering some viewer questions.

“Do either of you routinely shave your face?” Andrews read. “CT mentioned it on an old pod and I need all the deets.”

“So I bought the fancy thing that Erin had, which was the … and then I ended up breaking out…” Thompson began to explain before dropping a bombshell.

“Oh my God!” Andrews jumped in. “You trust yourself?”

“Oh yeah,” Thompson replied. “I should work at a barber shop after this. Because in my bathroom there’s like natural light from the top. And so I get on the side and I go around the corner and the jawline, I go all around. And then sometimes you gotta get into the neck. Oh yeah, oh yeah.”

Meanwhile, this entire time Charissa Thompson is explaining her process, Andrews is frozen in place like this… 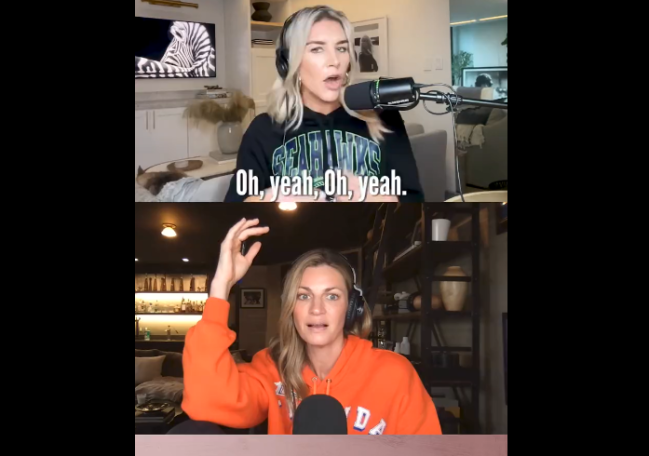 Yes, we shave our faces! We like to keep it looking fresh and clean 👩🏼👩🏼 so what?! @CharissaT takes it to another level though!! 😟@ErinAndrews @calmdownpodcast pic.twitter.com/G6hF3fJEhU

— Calm Down with Erin and Charissa (@calmdownpodcast) January 18, 2023