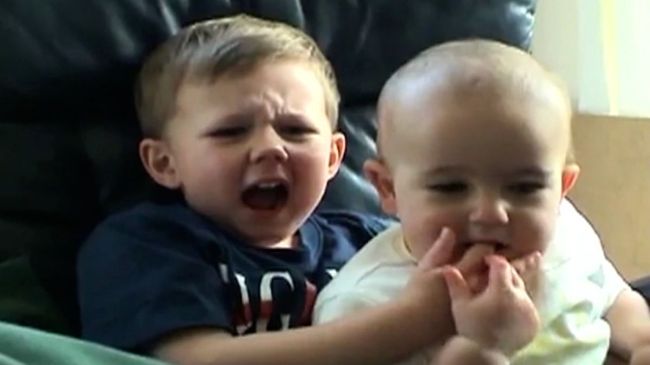 Every day I feel like Brooks after being released from Shawshank—bewildered, bleary-eyed, and failing to connect with a world turning too quickly for me.

While I have no plans to tie a rope around my neck over it, I can’t help but feel like a fossil when completing previously ubiquitous tasks like withdrawing from an ATM or mindlessly following the “green line” set up by my trusted Fidelity financial adviser, Derek.

Today, yet again, I was reminded just how out of touch I am after stumbling across the story of the 2007 YouTube video Charlie Bit My Finger.

The 55-second grainy video featured Harry Davies-Carr, then 3, getting bitten by 1-year-old baby brother, Charlie. It was one of the first clips to go viral on the video platform and has been viewed over 883 million times since it was deleted from YouTube forever on May 23 after it was repackaged as an NFT (non-fungible token) and sold for auction.

They’re taking Charlie bit my finger off YouTube and selling it as an NFT. streets is done

(According to Market Watch, an NFT is a certificate of ownership for a digital asset. Whatever that means.)

On Sunday, a bidders under the names “3fmusic” and “mememaster” engaged in an intense bidding war that sent the price of the video skyrocketing. 3fmusic ultimately won out, with the final price of the Charlie Bit My Finger NFT settling at $760,999, a solid fortune for the Davies-Carr, now 17 and 15 years old. The family vowed to delete the video from YouTube after the sale was final.

Rest in Peace, Charlie Bit My Finger. A piece of YouTube history will be gone forever as it is being auction as an NFT. pic.twitter.com/LJcM4ECIa7

The Davies-Carr brothers are just the latest to cash in on viral fame. Former “Disaster Girl” Zoe Roth (you know, the girl smiling into the camera while a house is in flames behind her), sold an NFT of her meme for almost half a million dollars last month. Chris Torres, the created the Nyan Cat GIF of a flying cat with a rainbow shooting out of its ass, sold the NFT for nearly $600,000.

[Related: How Do I Tell My Dad That His 30-Year Construction Career Is Worth One Cat Meme NFT?]

Working for a living is for the birds, man.

RIP Brooks. Probably best you’re not around for this dystopia.