How Do I Tell My Dad That His 30-Year Construction Career Is Worth One Cat Meme NFT? 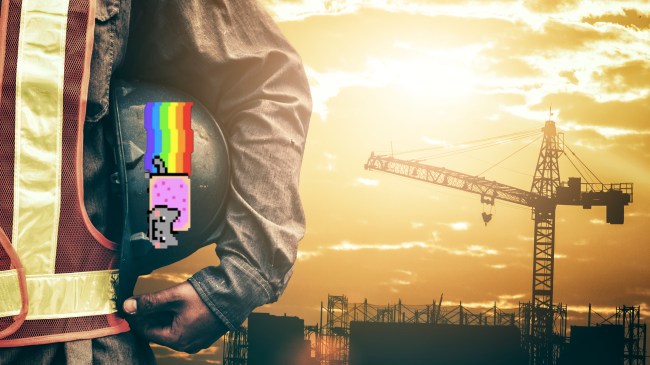 In July 2019, my father was airlifted to Massachusetts General Hospital after plummeting 30 feet from staging at a construction site. He suffered a partially-collapsed lung, three broken ribs, and a bruised ego. Two months later, at the stupefaction of medical professionals, he was back to laying split-faced concrete block and eating cold fluff sandwiches off the roach coach to earn an honest living.

I’ve decided that I’ll wait until after his upcoming rotator cuff surgery to tell him that the lifelong ailments that accompany 30 years in the masonry business could have all been avoided if he had just farted into a couch and mined a couple coins from the Gateway desktop computer he’s had since Clinton was in office, or captured a digital rendering of a Winklevoss pube.

All of his contributions to society—the construction of movie theaters, nursing homes, the ramp he built for his handicapped friend pro-bono—is comparable in value to one animation of a cat shooting a rainbow out of its ass.

This Non-Fungible Token sold for $590,000 at auction last month, just days after Grimes made $6 million in less than 20 minutes selling “cryptoart.” And we wonder why aliens haven’t bothered visiting.

This consumer behavior was inevitable when you consider esteemed journalistic publications are treating The Worst Guy At Your High School like he just exterminated malaria. 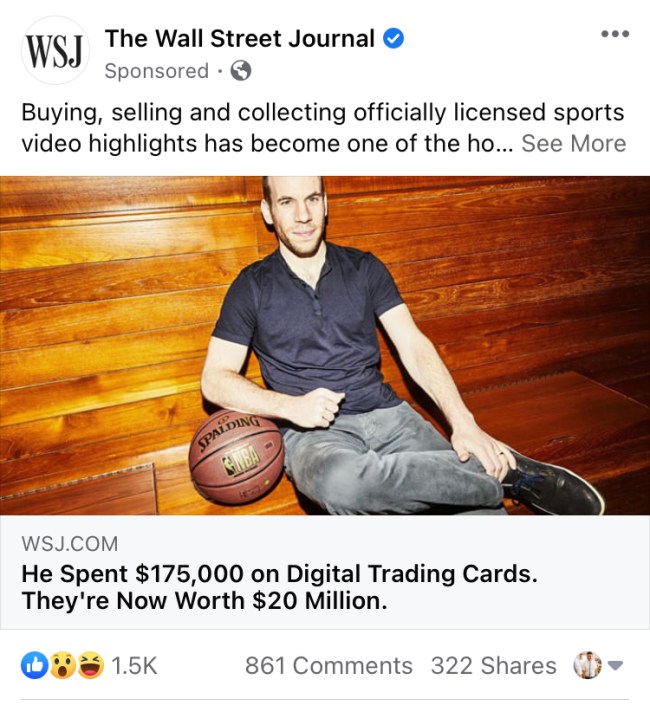 Hey Christian, I remember when you failed Environment Science junior year, and now you own my apartment building because you’ve got a Detlef Schrempf rookie card on the computer. See you at the reunion. Bring a digital bodyguard.

Financial freedom is the goal for most, but people are getting rich off some bullshit and the culture is treating the benefactors like they a New Yorker profile and a Palm Beach hacienda on Billionaire’s Row.

Every day, we stray further from the Lord’s path. Join me in changing the tide and bringing us back to prosperous times, when we valued an honest day’s work at the expense of one’s physical and mental health.

My dad’s had a few surgeries lately and every time I concernedly ask for an update, he plays dead. Thinks it’s hilarious. pic.twitter.com/KWk1xKRx5R

(That said, if anyone is looking to transfer my pog collection to an NFT, I will delete this article and take offers immediately. Dog’s gotta eat).