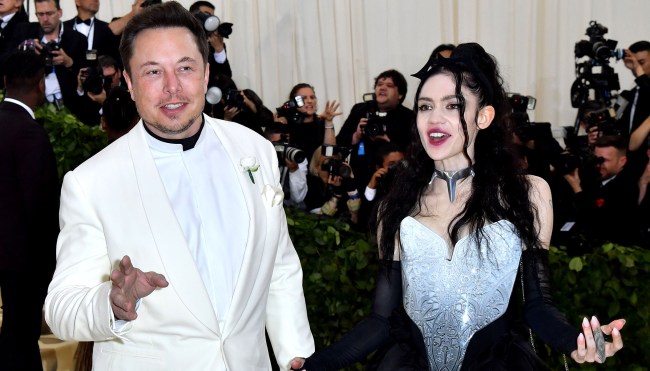 Last week, someone sold a Nyan Cat GIF for around $600,000. As it turns out, that was nothing. A few days ago the musician Grimes raked in almost $6 MILLION selling crypto-art.

Oh, and it took her less than 20 minutes to make all that cheddar.

Welcome to the world of non-fungible tokens (NFTs) where, essentially, people pay real money to buy fake money so they can buy fake items, kind of like in a video game. (Somewhere, P.T. Barnum is having a good laugh.)

That money will come in very handy considering her boyfriend Elon Musk’s $1.5 billion investment in bitcoin cost his company, Tesla, 25% of its total market value.

Among the crypto-based artwork that Grimes sold was a image of a baby protecting Mars – for obvious reasons – called “Newborn 2” and a piece called “Earth” that features her unreleased song “Ærythe.”

Good luck to the bidders! pic.twitter.com/Jox6VwRUr6

The sucker person who purchased “Newborn 2” is already trying to flip it for $2.5 million.

Yahoo! News reports that this is just the first NFT collection of many that Grimes plans to sell, because, jeezus, why the hell wouldn’t she sell more? It’s like printing money.