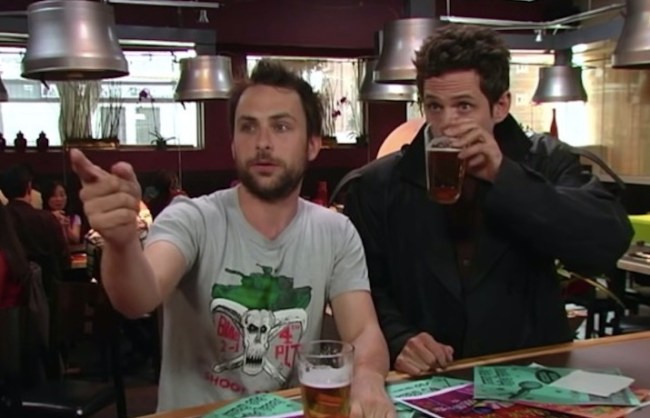 We’re still a few months away from Season 13 of It’s Always Sunny in Philadelphia premiering on FXX. Last week, we learned the fate of Dennis (played by Glenn Howerton) and whether or not he’ll be returning for Season 13. But we’re still firmly in the offseason news cycle of the show because there aren’t new episodes each week.

I was browsing through YouTube earlier, bouncing back and forth between videos that claim to be able to fix my slice on the golf course, and I somehow stumbled upon this suggested video that looks back at the greatest ‘Charlie Can’t Read’ moments from It’s Always Sunny. I’m guessing you’re an Always Sunny fan or you wouldn’t have clicked on this article, and I’m also assuming that since you watch the show you know how Charlie’s illiterate. Throughout the seasons they’ve peppered in some great ‘Charlie Can’t Read’ moments. Most notably were his lyrics to ‘Night Man’ that looked like some sort of 1st Grader’s crayon drawing:

As I mentioned before, we now know the fate of Dennis’ return to It’s Always Sunny. You can check out that news here. Also, Rob McElhenny who plays Mac is totally shredded now. So if you’re curious what that looks like you can click here.