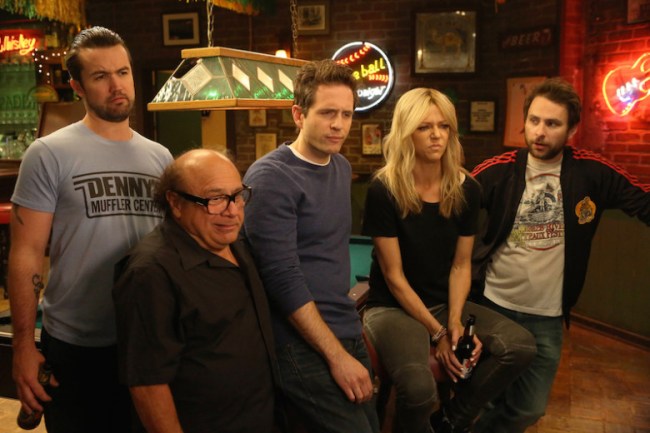 Last year, It’s Always Sunny in Philadelphia came one step closer to becoming one of the longest-running comedies of all-time— as well as cementing itself as one of the funniest— with the twelfth season that proved The Gang is still very capable of delivering laughs by being terrible, terrible people. I was initially a bit skeptical that they’d be able to continue delivering the magic after so many years but the episode at the waterpark (among others) showed they’ve still got their fastball.

However, things took one hell of a turn in the season finale when it was revealed Dennis had a secret life (and a kid) in North Dakota, a plotline the show’s writers were forced to come up with when Glenn Howerton announced he’d be stepping back from the show after landing a roll on Fox’s AP Bio. After more than a decade on It’s Always Sunny, it was more than understandable that Howerton would want to expand his horizons. However, it was unclear what role— if any— he would be playing after the show was renewed for another year.

The initial fear was that Howerton would have no involvement with the new season, but Kaitlyn Wilson (Dee) recently revealed he might actually be returning— at least for a few episodes. Now, it looks like we can confirm The Golden God himself will be coming back in some capacity after FXX released a synopsis for the thirteenth season:

Based on the “mostly,” it’s fair to assume Dennis’ story won’t be driving the plot, but it’s nice to know we’ll still be treated to some scenes featuring everyone’s favorite sociopathic serial killer.