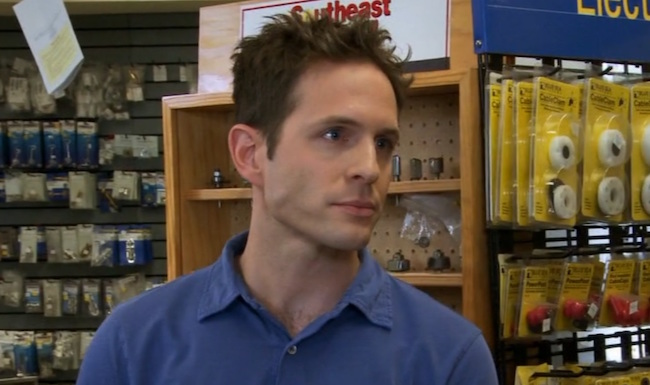 When everything is said and done, the gang behind It’s Always Sunny in Philadelphia probably won’t have a shelf lined with trophies from the awards shows that have basically ignored them since the series first aired over a decade ago (despite their shameless efforts to get a nomination). However, they’ll still be able to go to sleep knowing that they’re responsible for one of the longest-running comedies in the history of television thanks in no small part to the incredible chemistry between the cast responsible for playing the horrible people at the helm of Paddy’s Pub.

However, there was a serious blow to It’s Always Sunny last year when Glenn Howerton— who plays Dennis Reynolds, a sociopathic egomaniac who is also most definitely a serial killer— announced he was leaving the show to take a leading role in NBC’s A.P. Bio. The last season ended with Dennis announcing he was going to North Dakota to raise a baby nobody knew he had and plenty of fans started to wondered if the series will be able to recover from his absence.

However, Kaitlin Olson— who plays the emu masquerading as a human named “Dee Reynolds”— recently gave everyone hope when she hinted that Dennis would be back for the 13th season while speaking with The Wrap:

I do know that Glenn Howerton is coming back for some episodes. I don’t know the specifics, but I do know how he’s being introduced back in, and it is absolutely hilarious.

Howerton hopped on Twitter to clarify her comment and put a bit of a damper on the news.

Sorry, guys but, that stupid dumb flightless bird doesn’t know what she’s saying. Dennis is NOT confirmed for season 13. We are writing now. Stay tuned.

Apparently some bird has been going around squawking about Dennis being confirmed for season 13. We don’t have a bird on our writing staff. Birds don’t know anything.

It seems like Howerton— who has written dozens of It’s Always Sunny episodes— is in control of his own character’s fate (which could ultimately be determined by shooting schedules). Let’s us all hope life pulls a Jurassic Park and finds a way.